Its been a very challenging winter, but we survived it.
I have never experienced so much snow, ice, water, flooding and winds.  The driveway was a skating rink for 3 weeks at a time, several times.  Plows stuck, trucks stuck, cars stuck, hens stuck in snowdrifts, garage doors frozen shut and a cowdog with perpetually snowy cold paws..
It was crazy.
I have many photos to post and lots of stories to tell. I am months behind and have much to do.  Thankfully, Spring has recently started here. 2 cute Crocus started coming up yesterday and I heard a few peepers last night.  Everything is about one month late.

In January, between blizzards, my brother Chip came up and brought me a cold frame he made and several nest boxes. 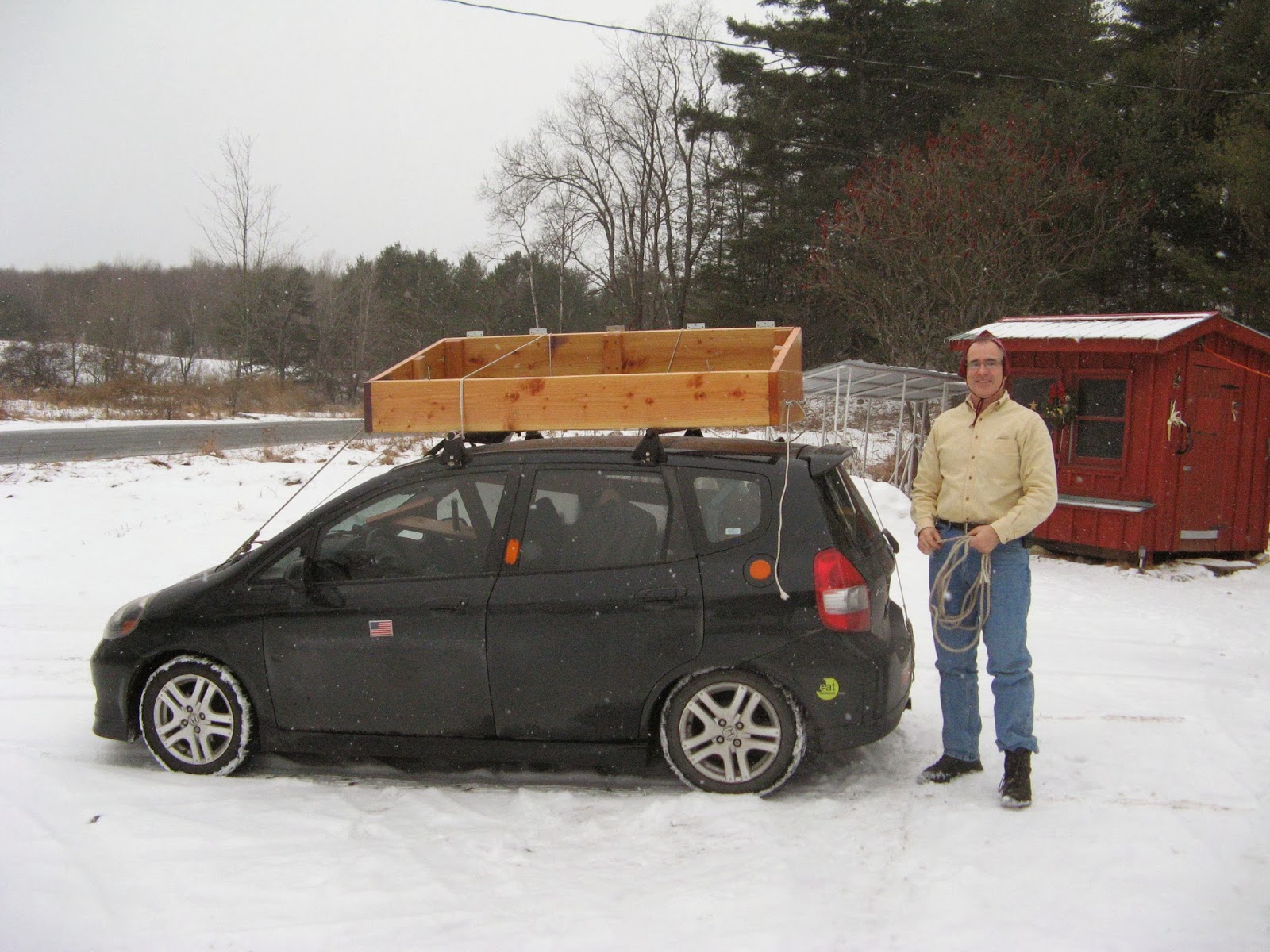 He drives a tiny Honda Fit and it always amazes me how much stuff he can fit IN it AND carry ON it.  He had the top of the coldframe inside the car, along with other long gifts. 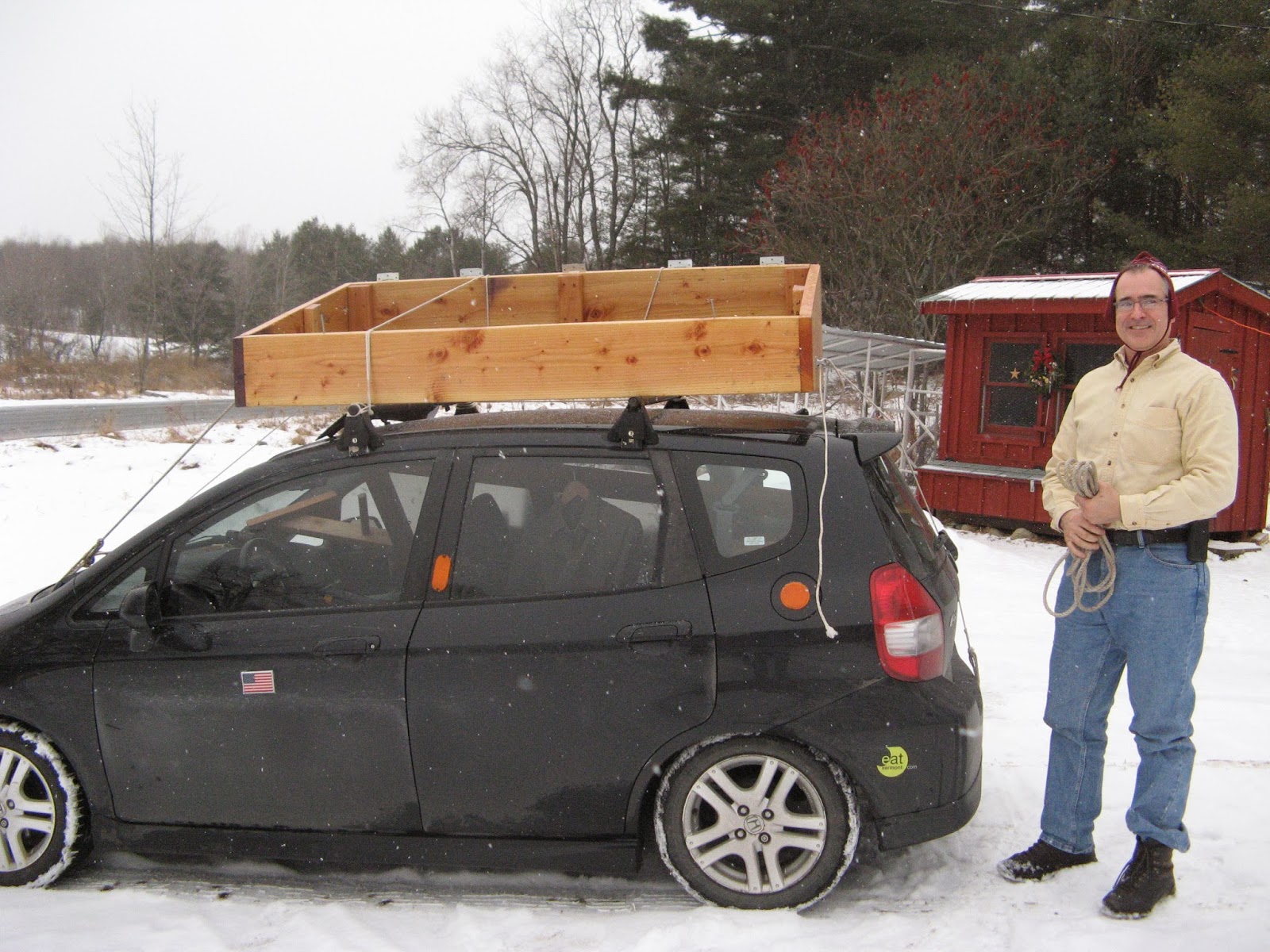 This cold frame was very heavy. 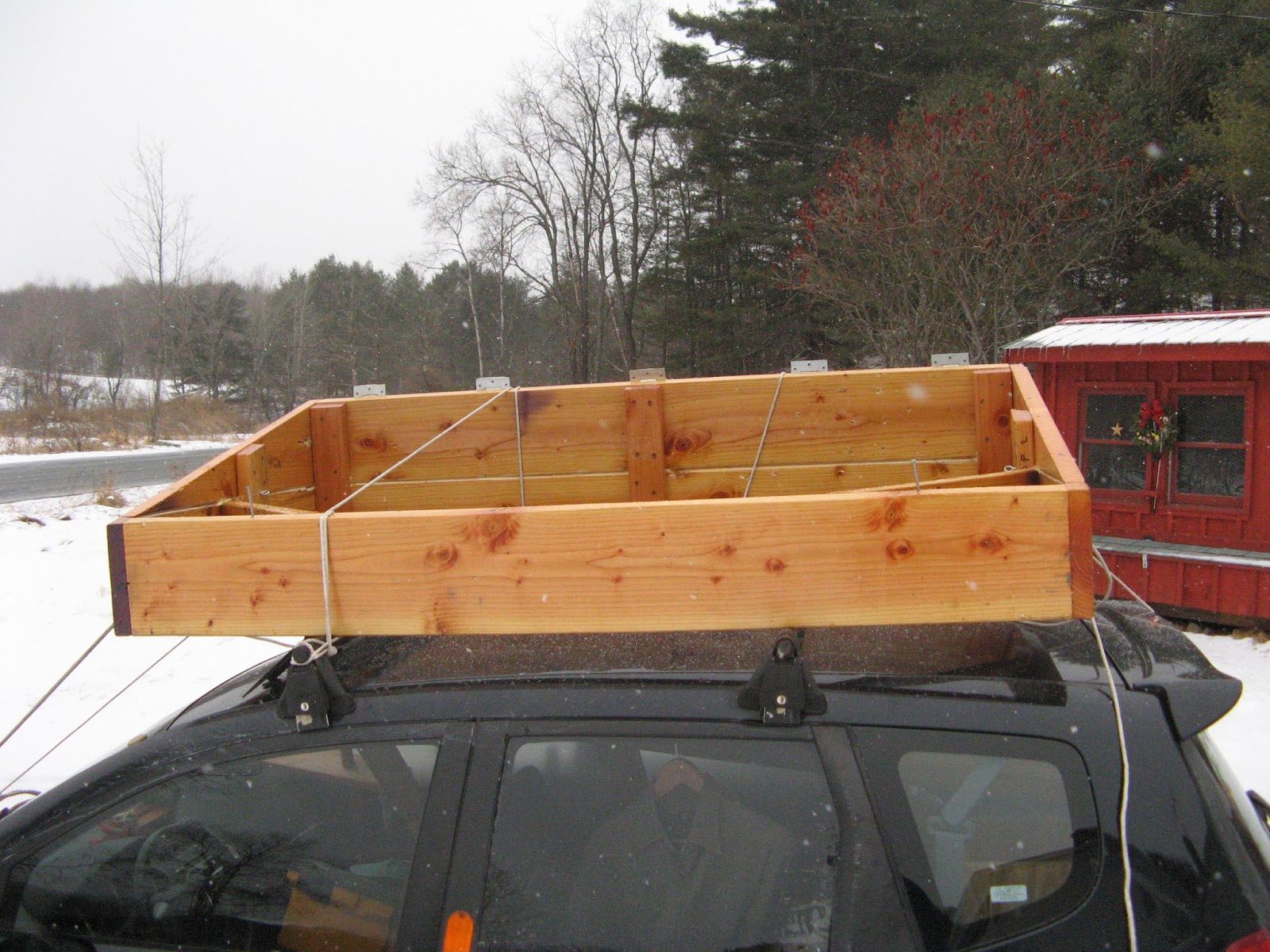 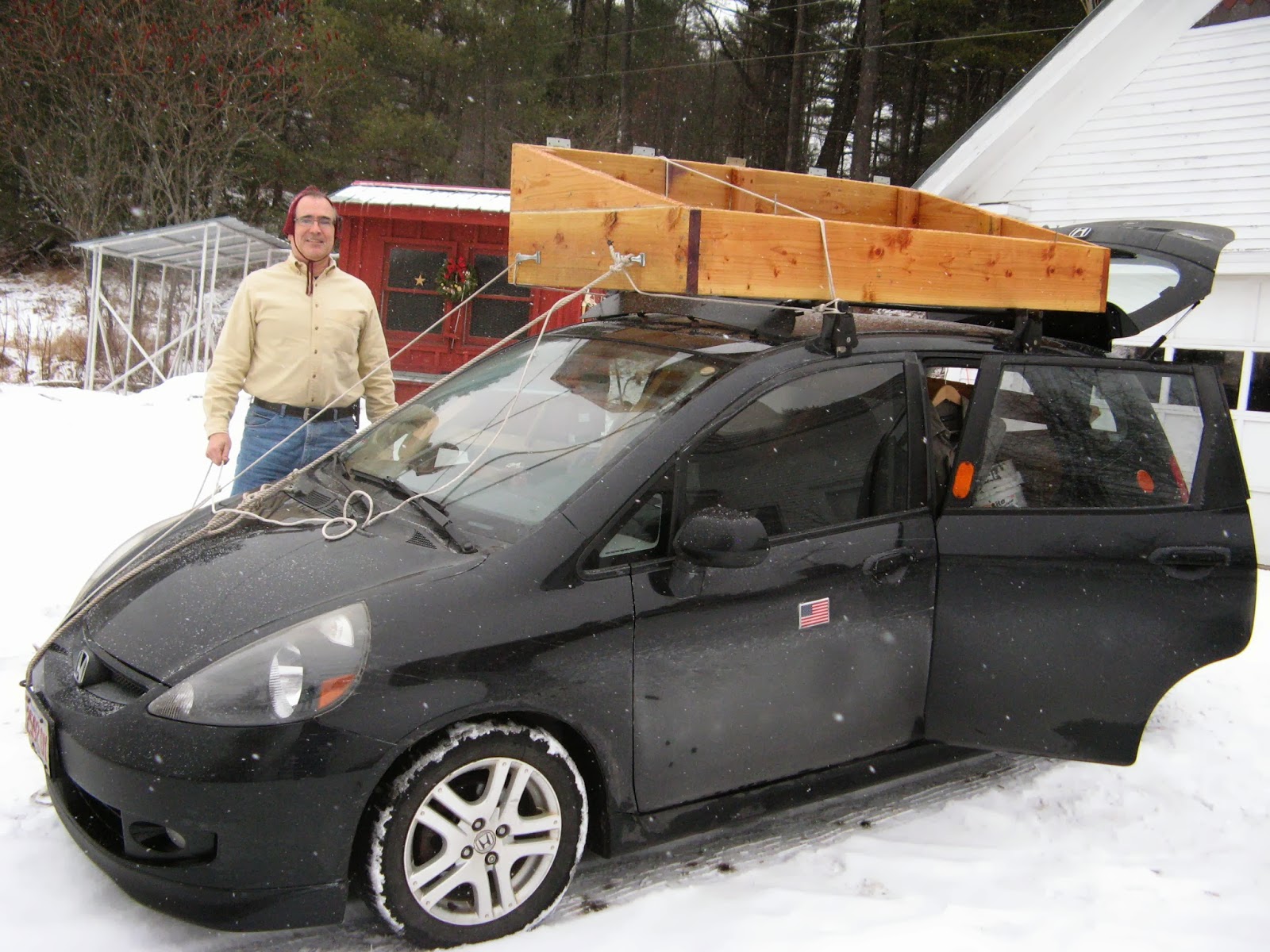 He had a plan on how we were going to get it off. 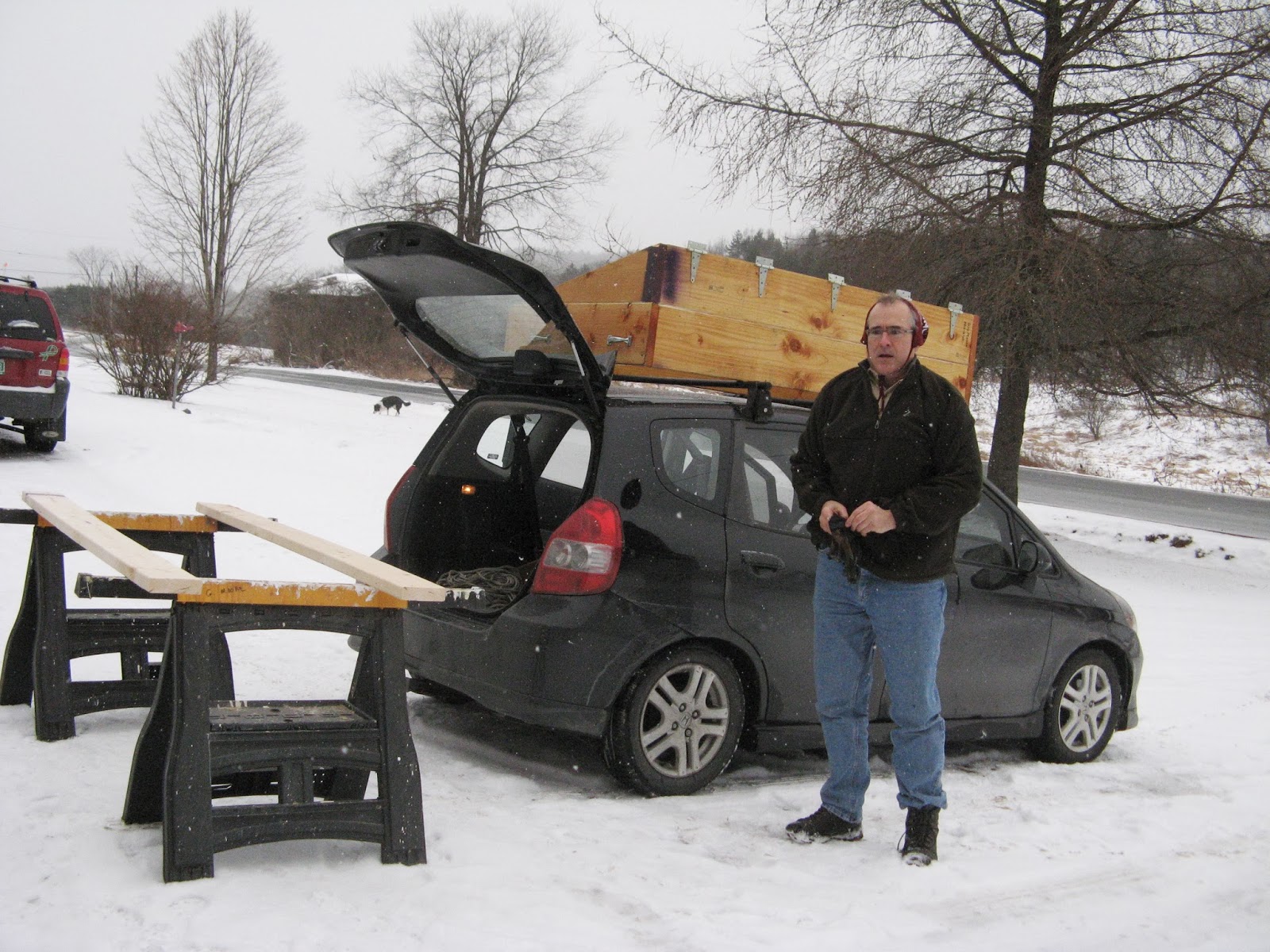 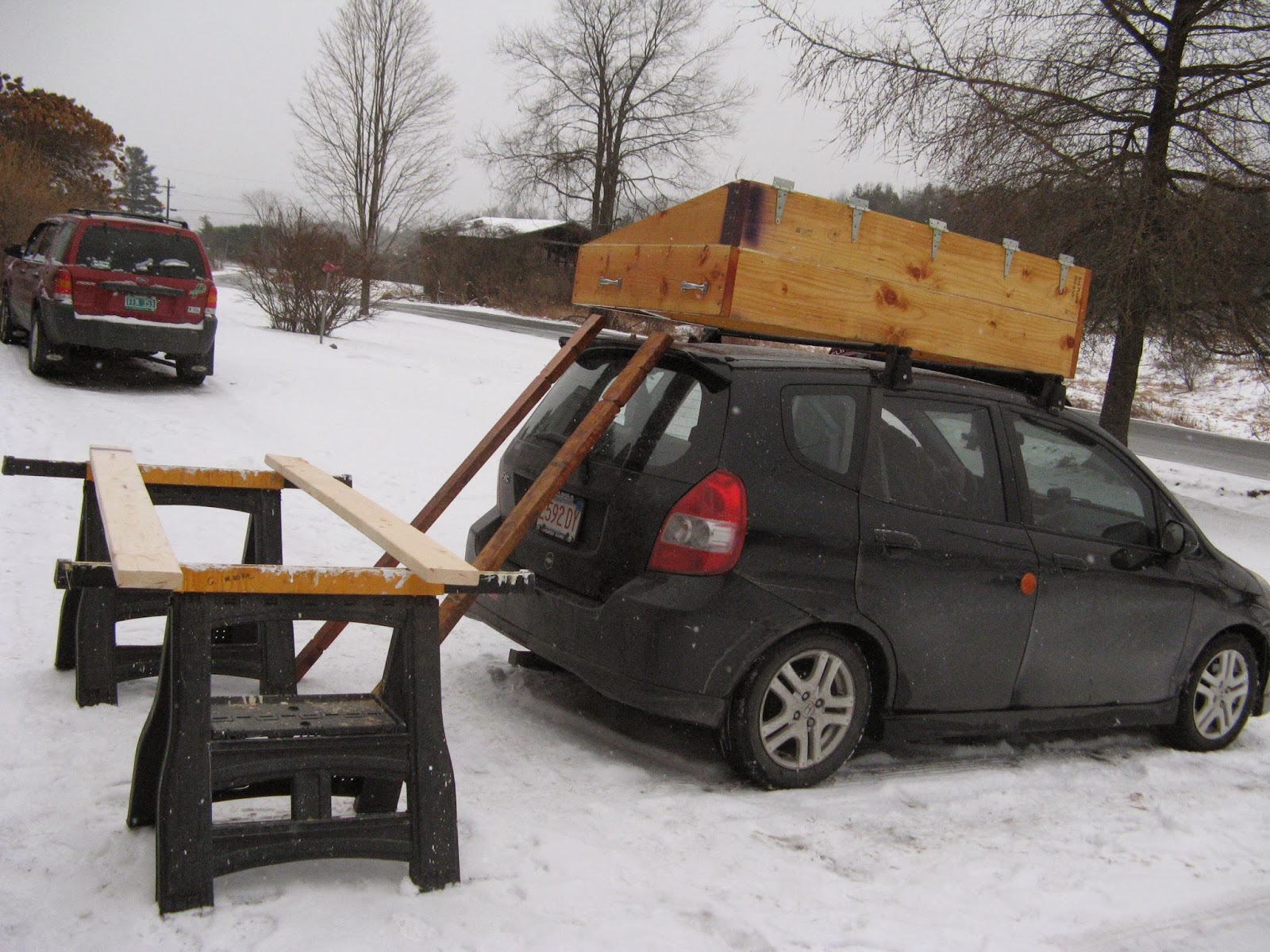 Until he started to slide it off and it tilted to the right side and was about to crash off.

I had to jump into the fray to hold it up. We were both suspended in time, not knowing what to do next. 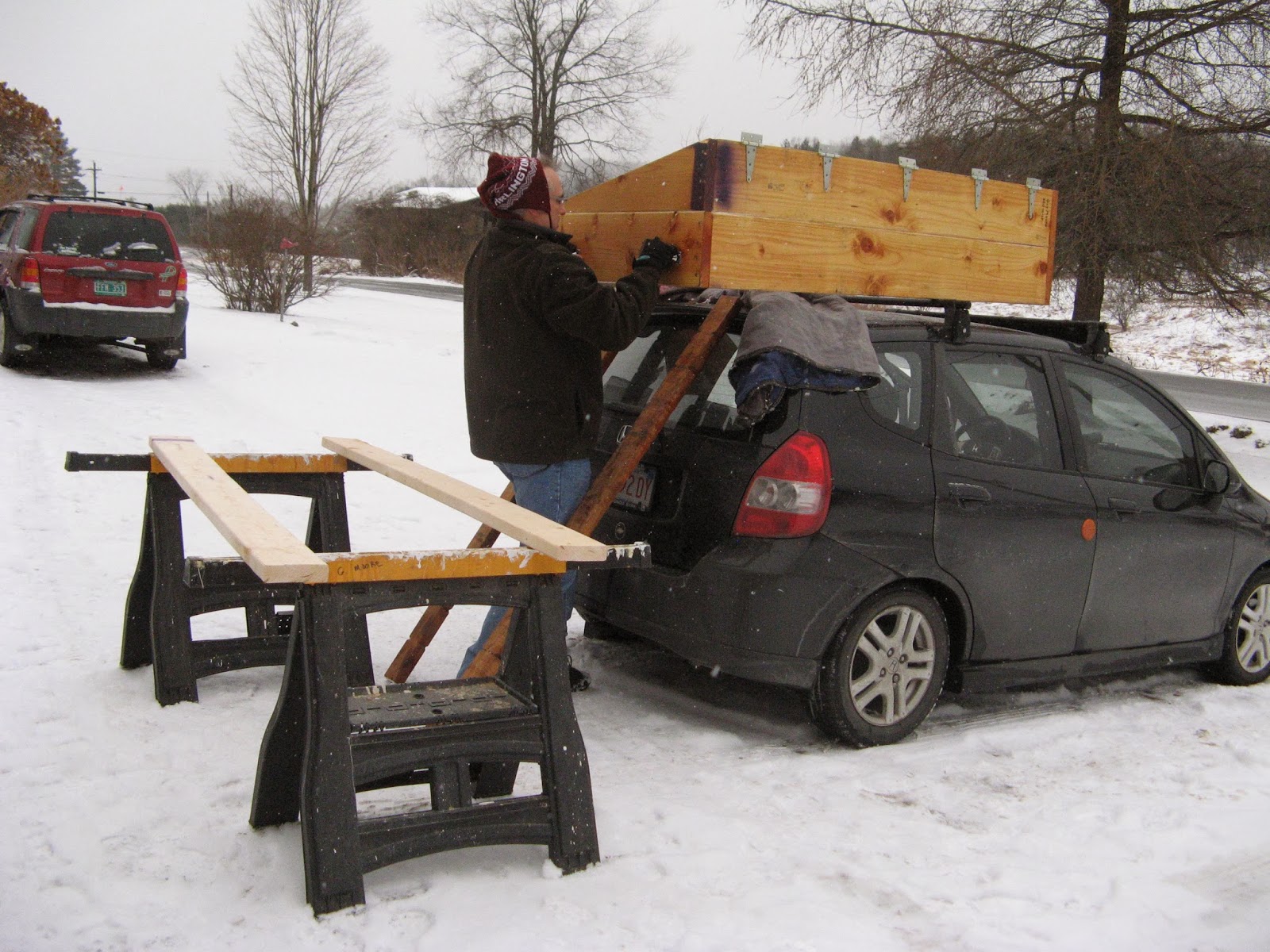 We eventually got it down to the ground, walked it to a place that was well out of the way of the snow plow, then he started to put the top on. 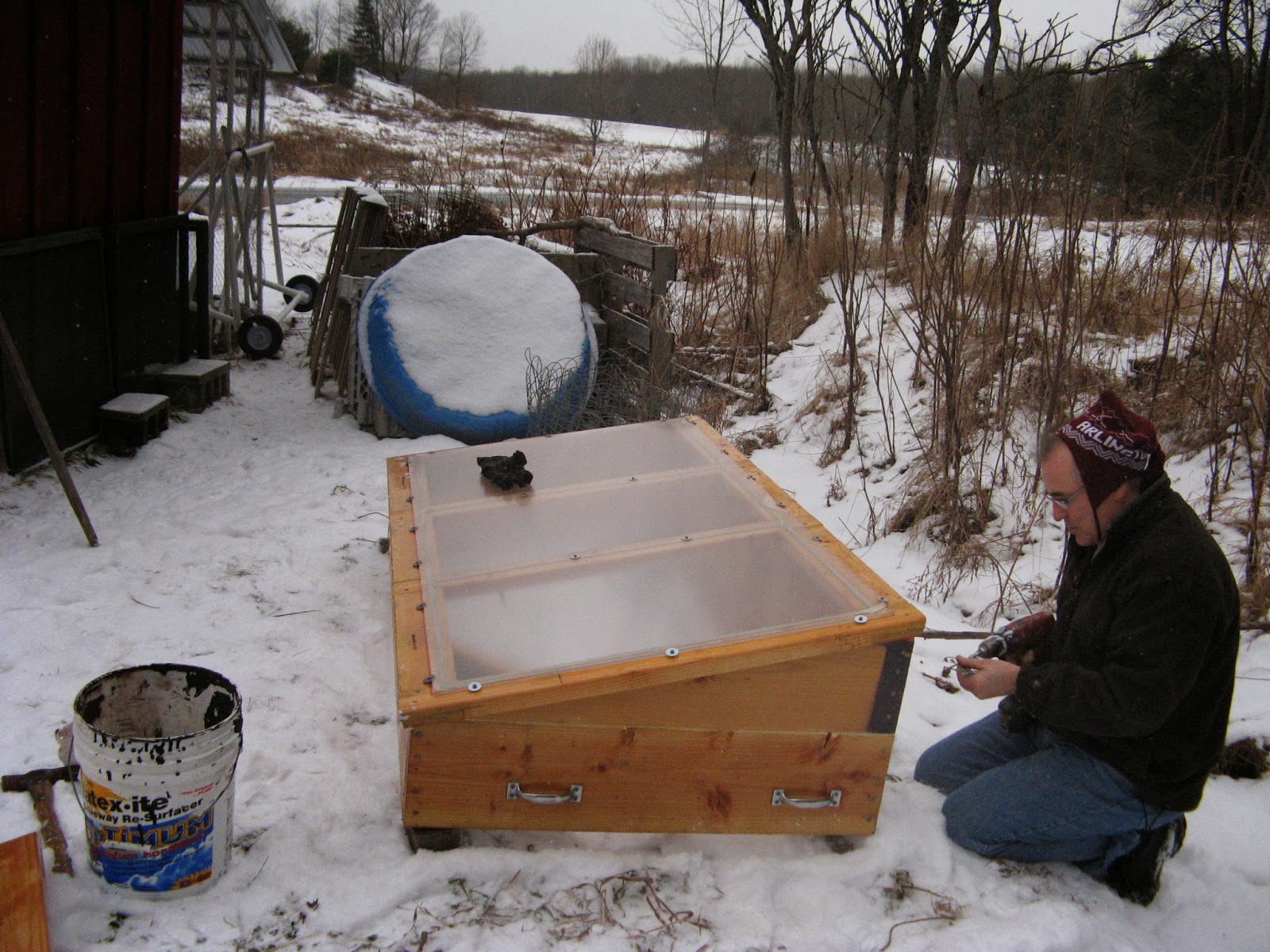 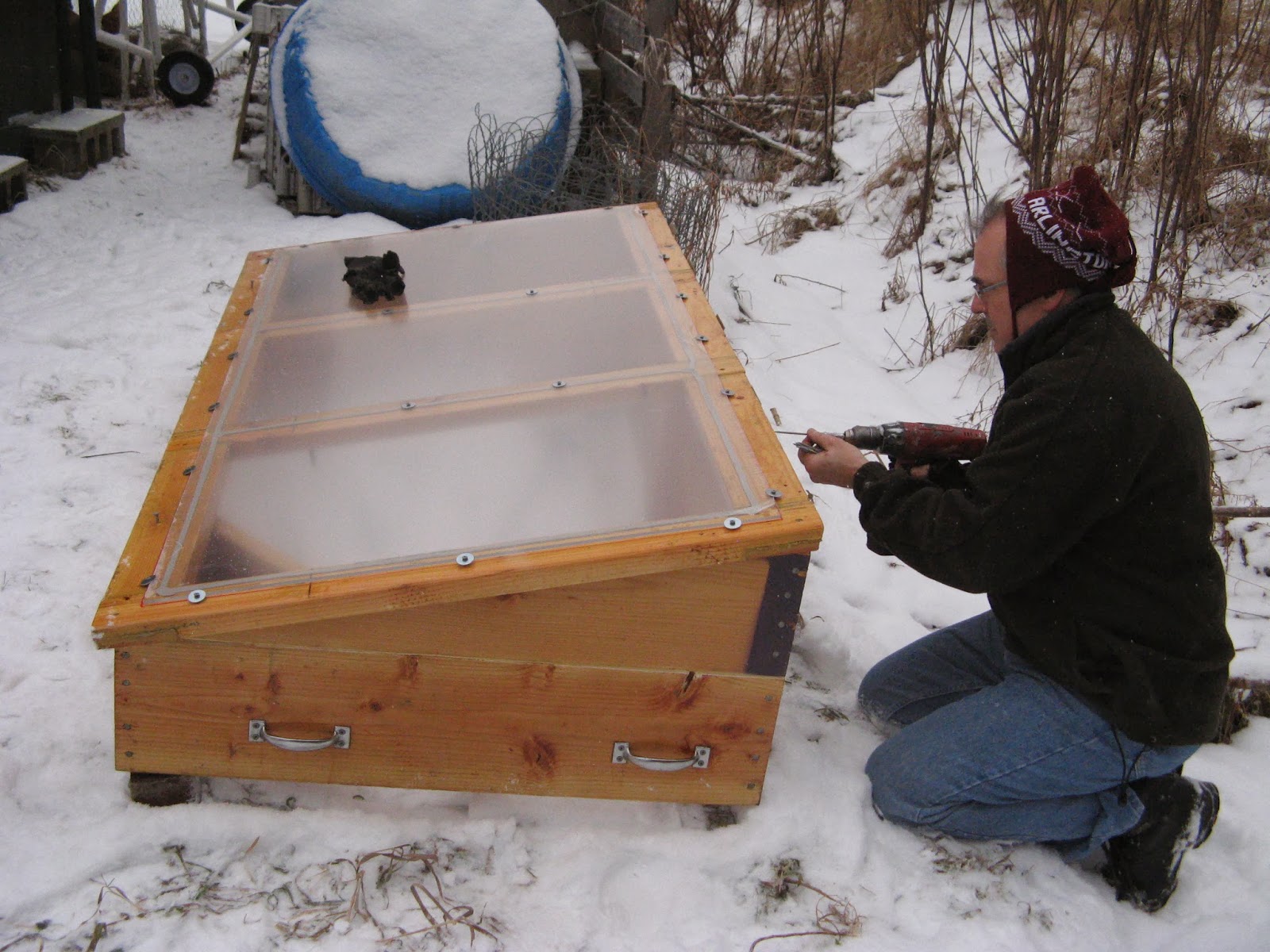 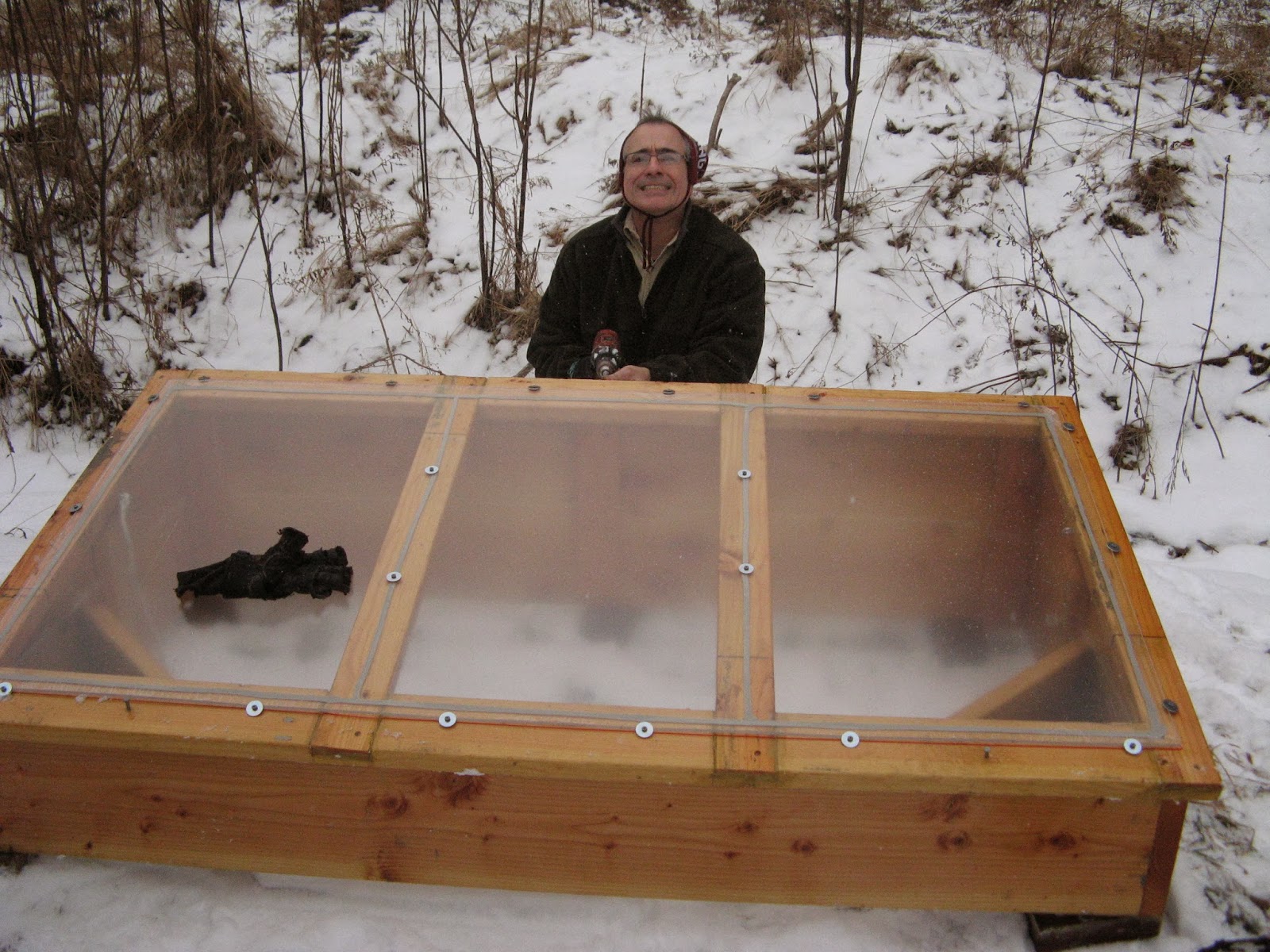 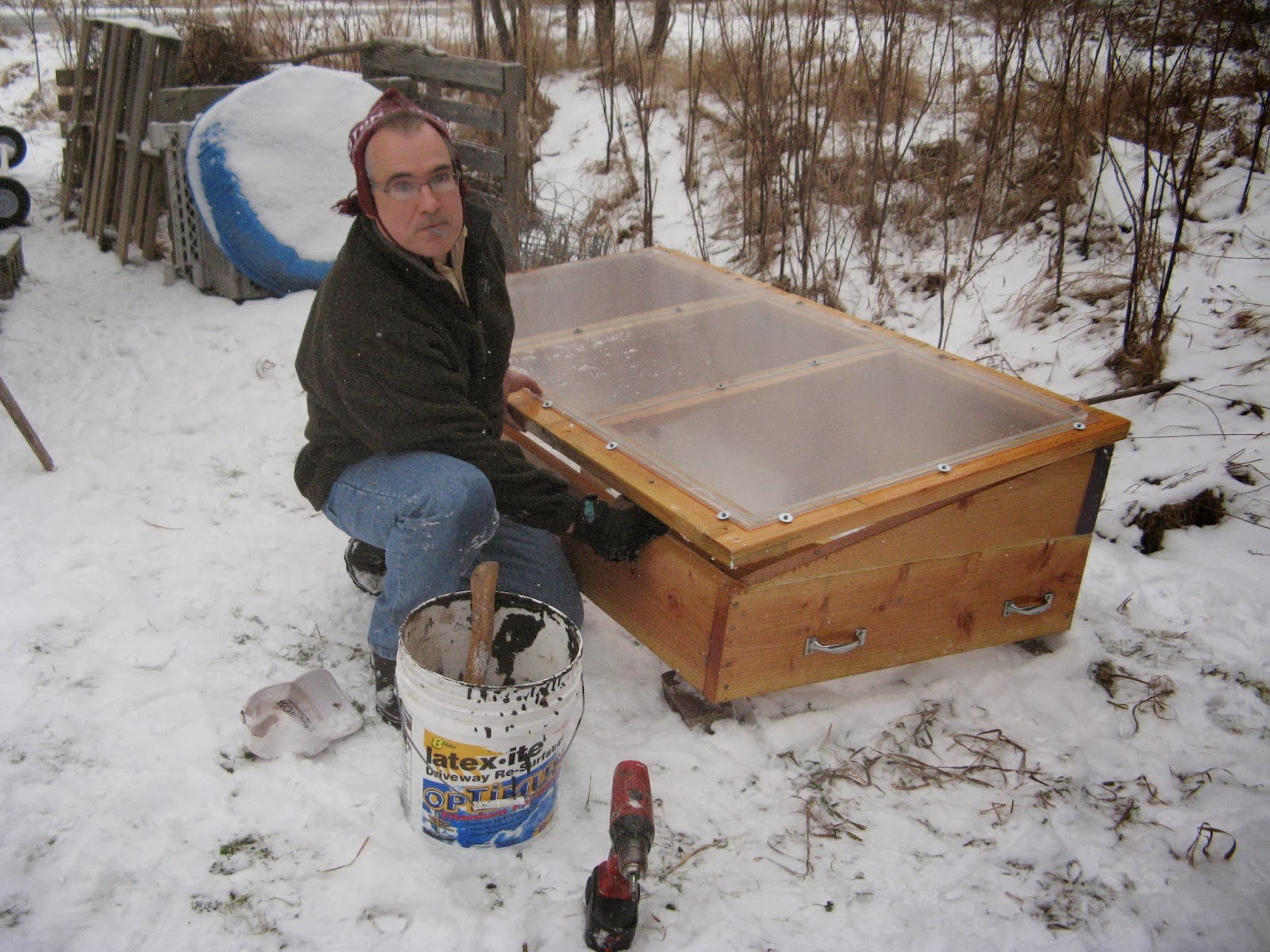 He also made me a fancy tall perch for my birds, but he doesn't understand about hens not wanting to perch outside in full view of predators. It doesn't fit in my coop so I will probably gift it to the next person who builds a coop. 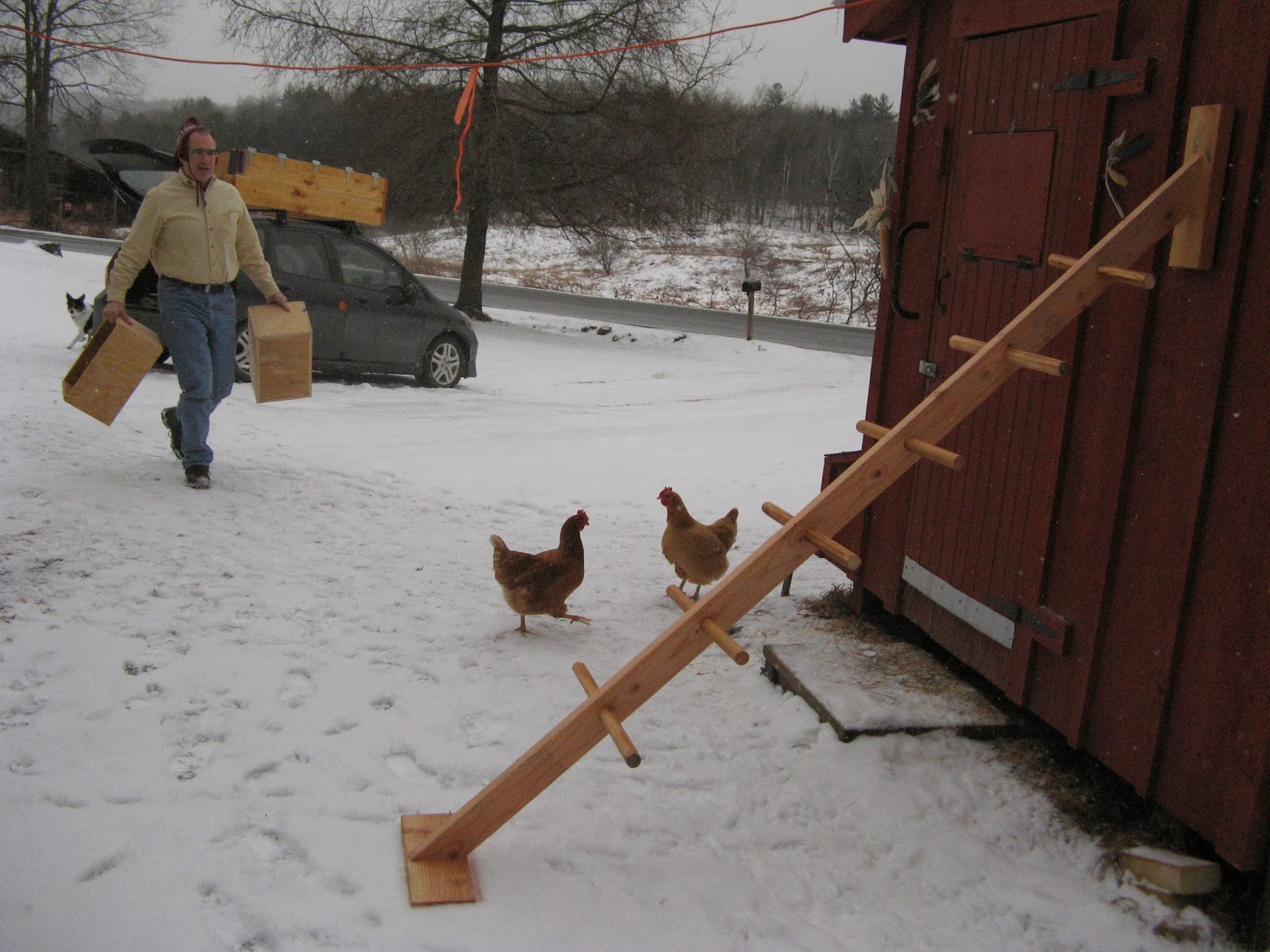 The flock came in to check out the 2 new nest boxes before they were placed on the wall. 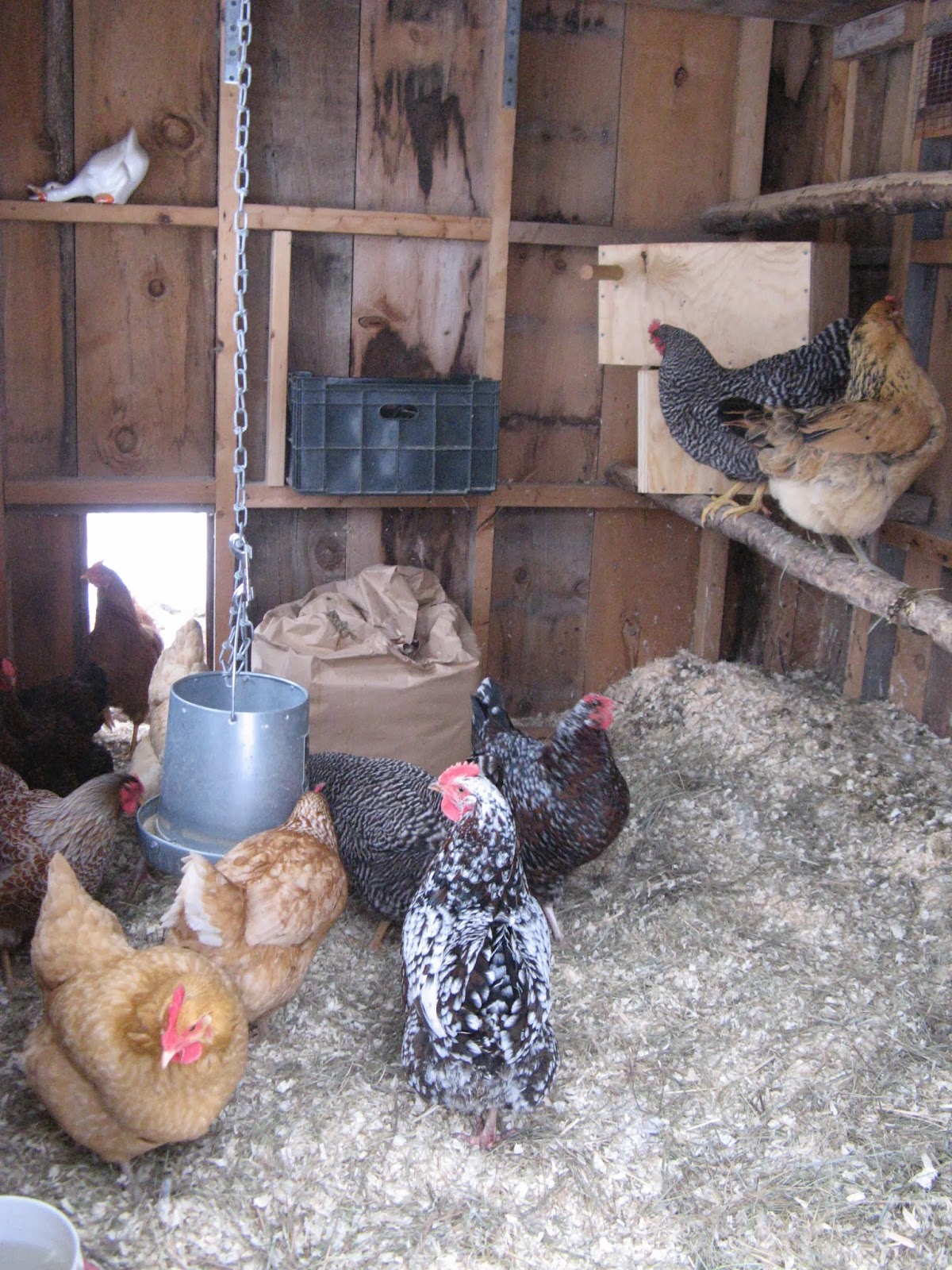 There were 2 hens already crammed into the favored milk crate. Hopefully these 2 larger boxes will take some pressure off of the traffic jam that has been going on for the past several months. 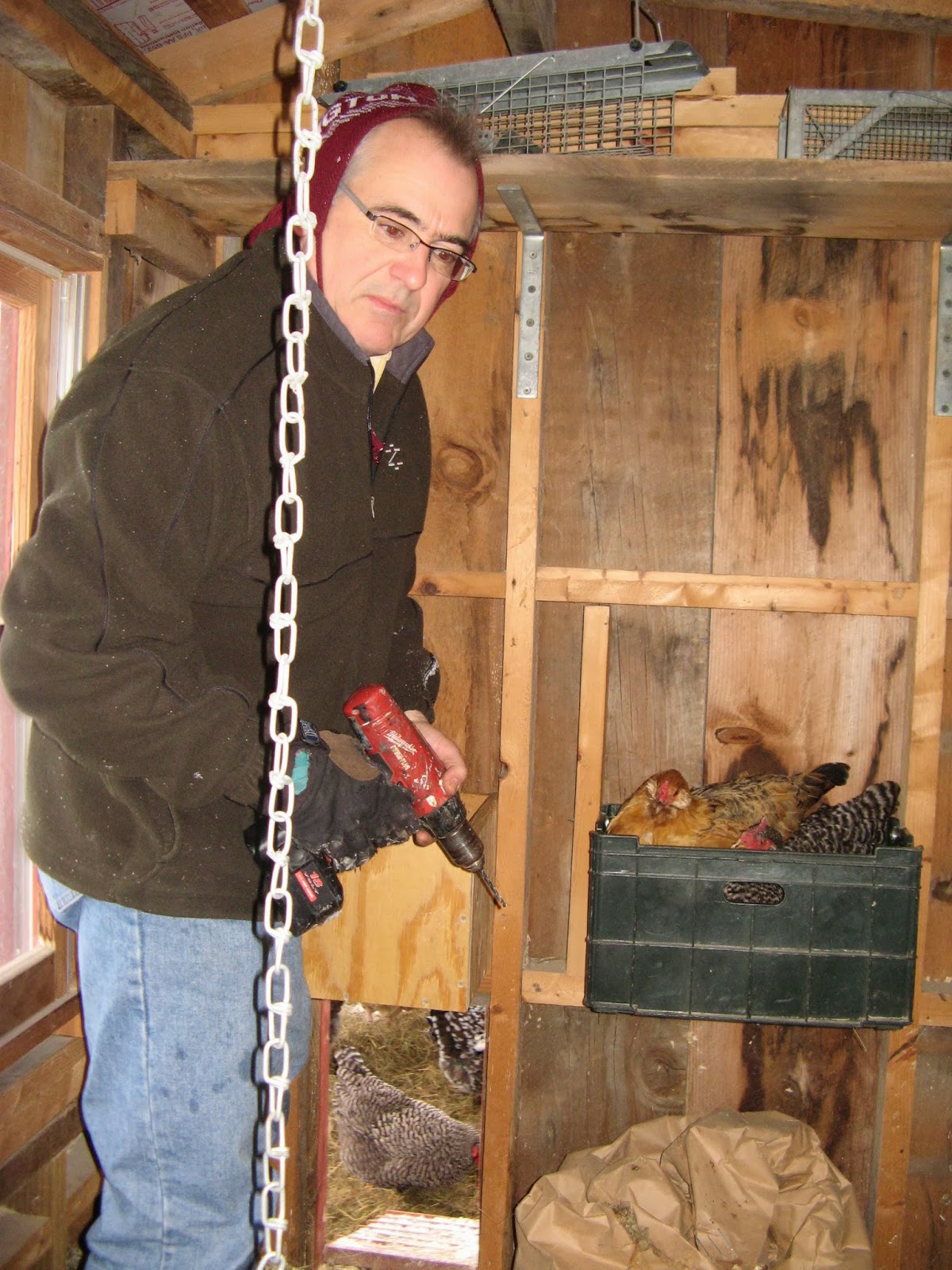 I don't have much wall space, but we put the nest boxes where we could, with one lower and one as high as it could go. 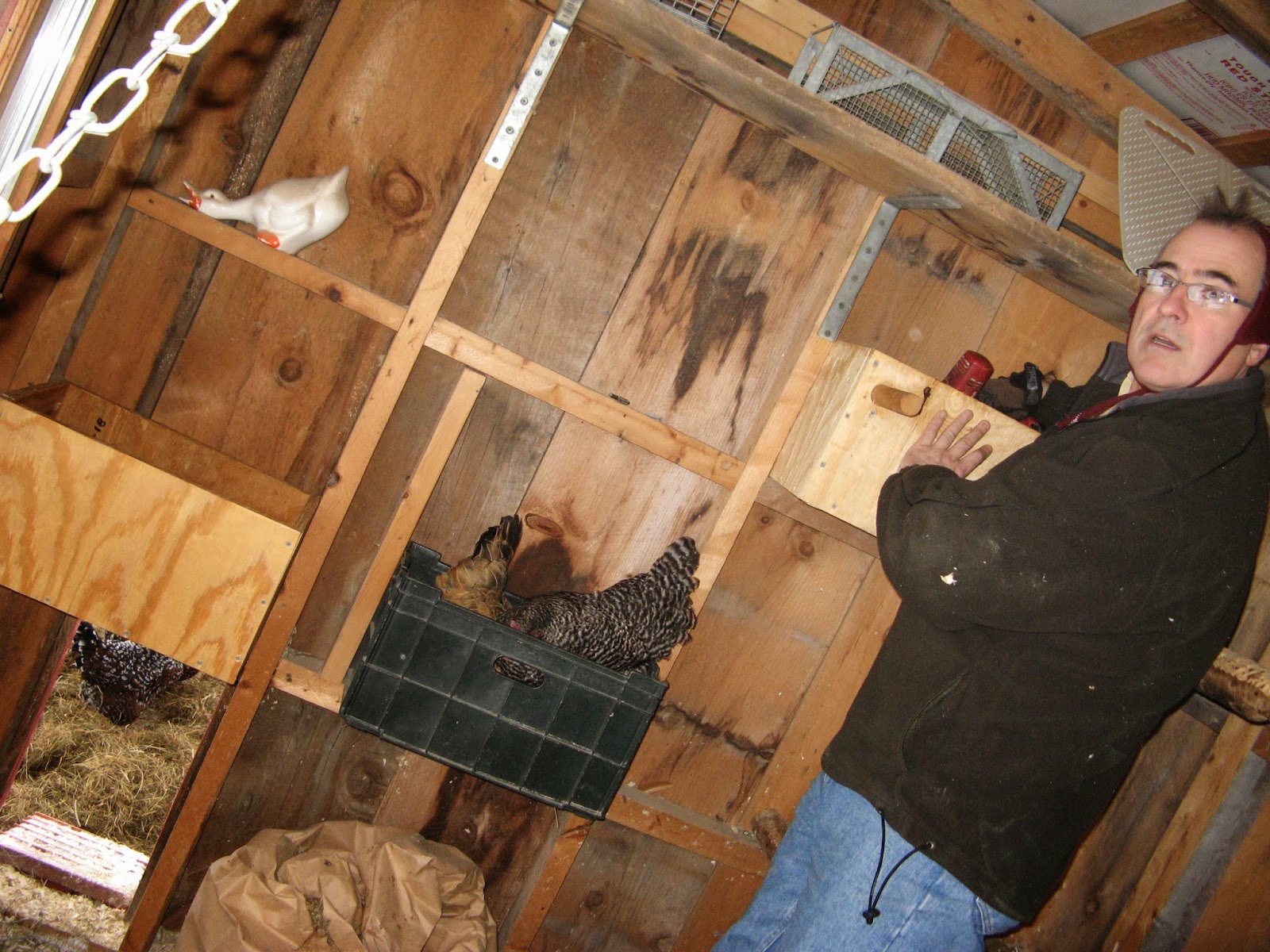 As it got colder, we cleaned up all the tools and parts. 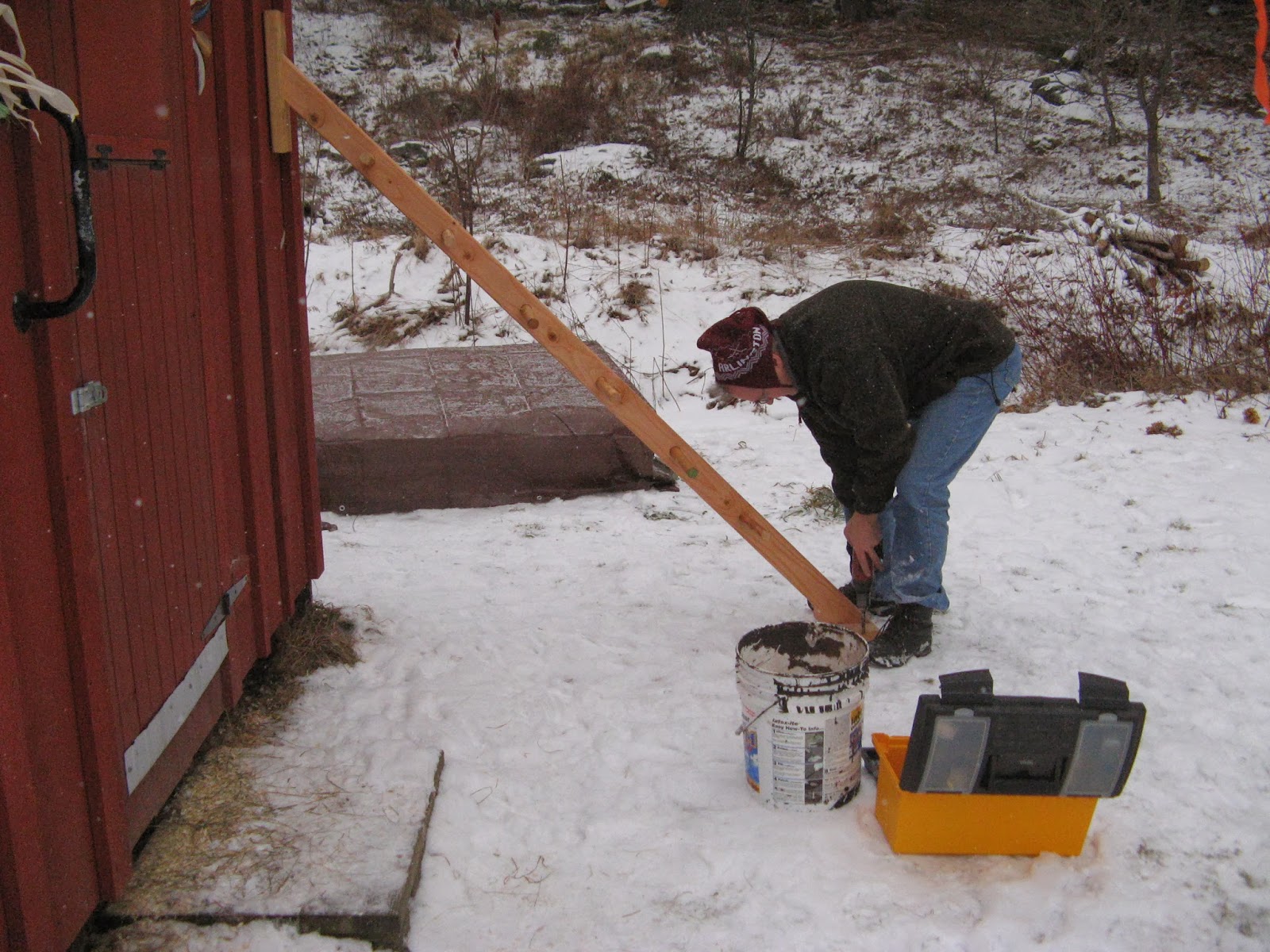 And covered the coldframe with a new tarp, which he also brought. 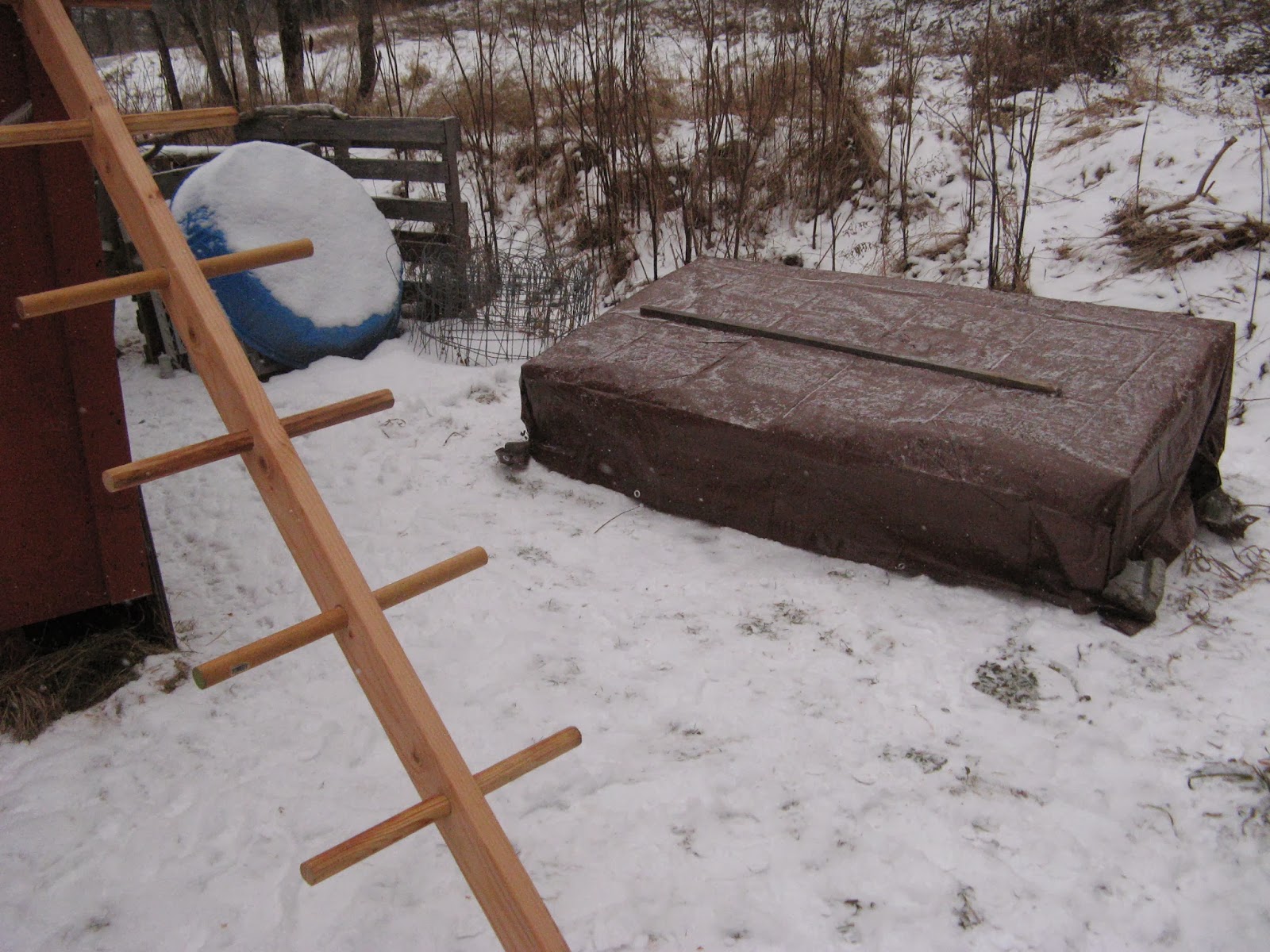 The hens were suspicious of the new boxes. 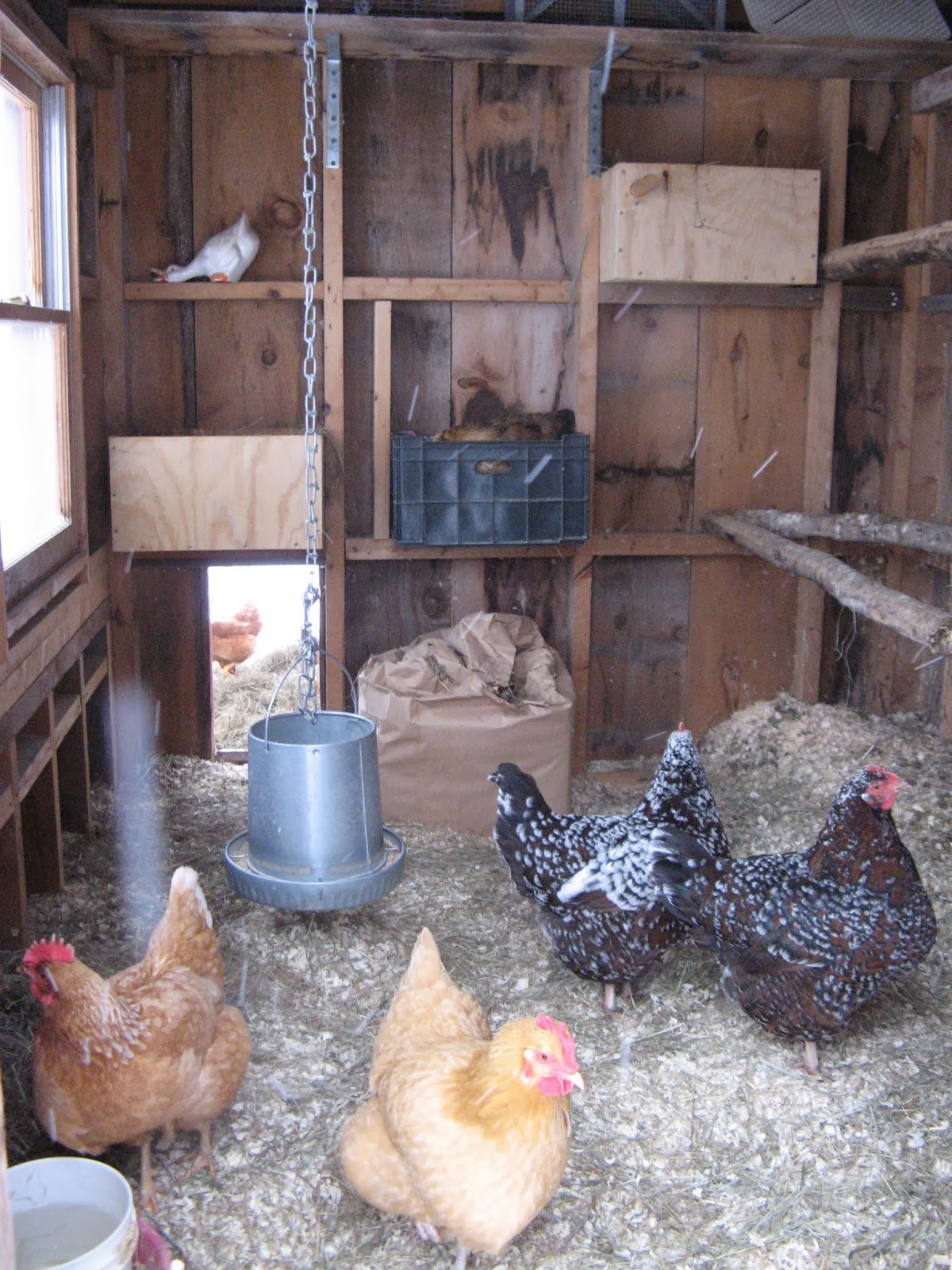 They would come in and stare at them. 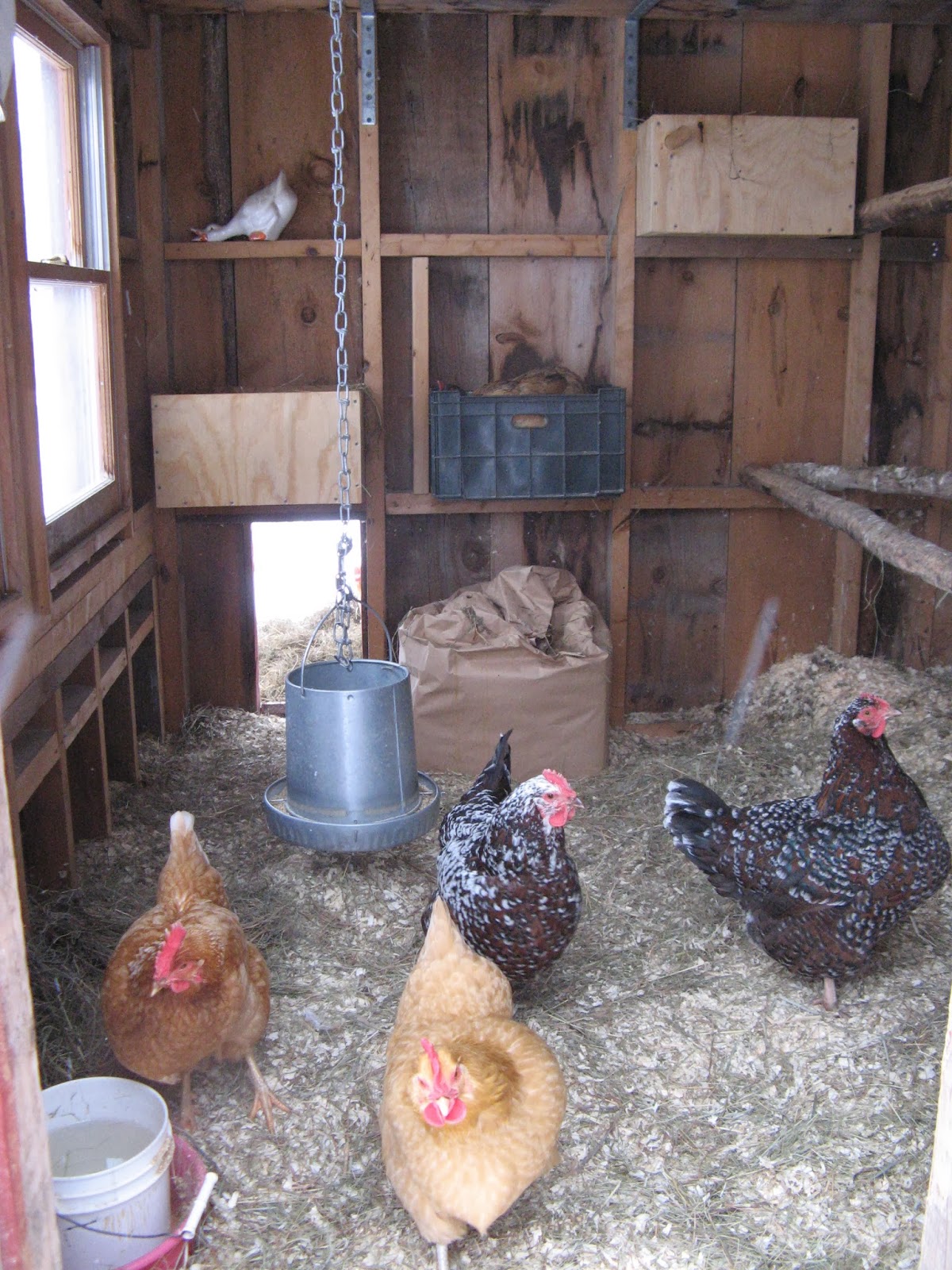 They continued to lay all their eggs in the milk crate. But on the 11th day they all started laying in the nest above the back door. 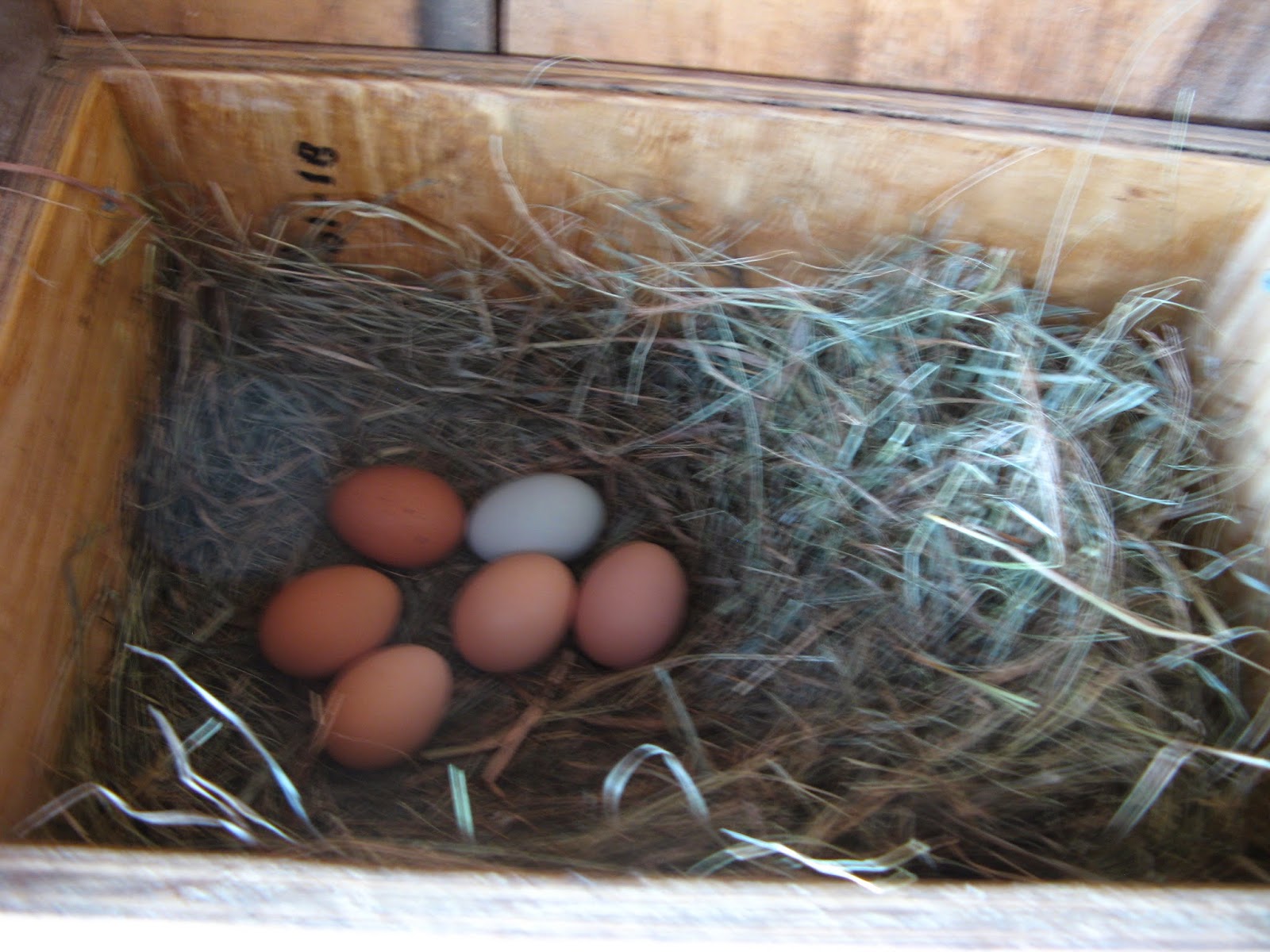 20 days after selecting the lower box they all moved to the upper nest box and have been using that faithfully for the past 2 months. I now have 10 large nest boxes for 12 hens to use and they all choose the same one.   THANK YOU CHIP!

To see what prompted the new nest box building, here is the original posting

How are your flocks, gardens and herds doing ?

Today it has rained cows and collies ALL day and many rivers and streams have flooded.   I was going to dig up my parsnips today, but will wait til tomorrow when the ground will be looser and easier to pull those sweet veggies up.
Posted by ~ Janis 5 comments: