All barns tell a story.  They reflect the generation that built them and the generation that still respects them and uses them.  Barns tell alot about the past as well as what is going on right now.
The barns in the higher elevations stand alone in their fields, all the leaves gone from their companion tress.  Barns in the lower elevations are still enjoying the colorful leaves that flutter at their doors. 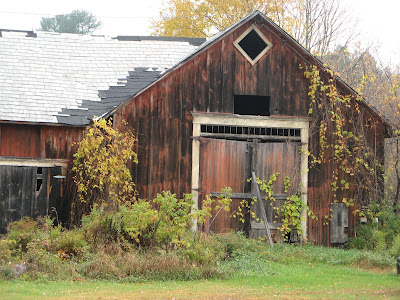 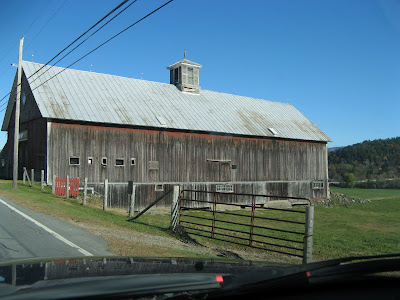 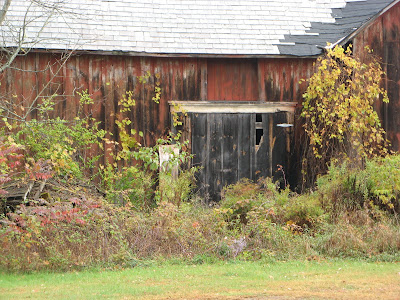 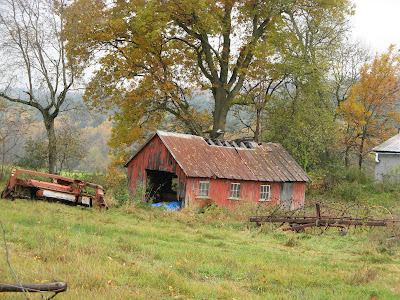 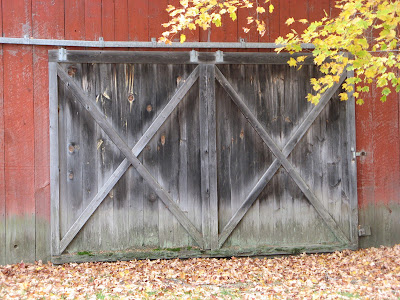 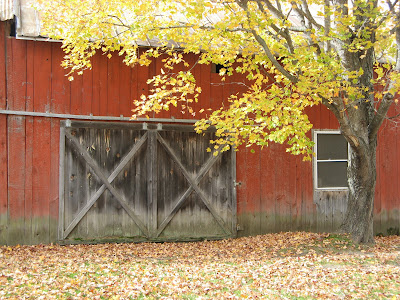 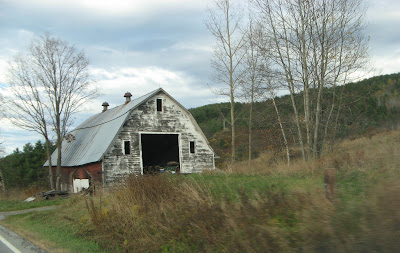 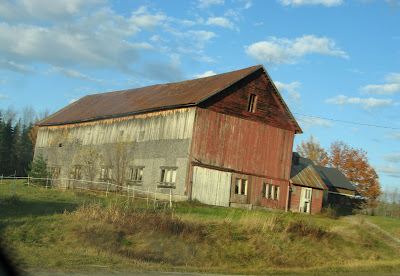 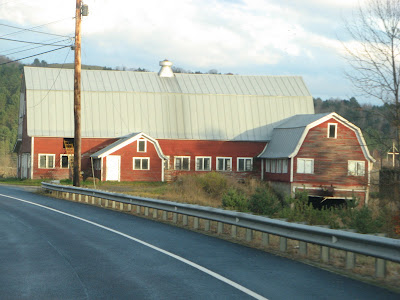 As if the onslaught of emails, phone calls, TV adds, plastic signs, hostile debates and political fliers weren't enough...someone had the gall to use a century old barn as a bulletin board. 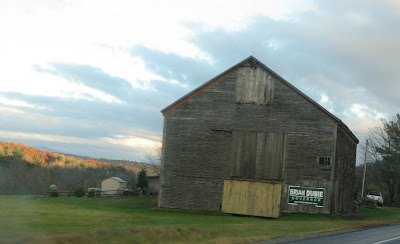 Barns need to be preserved.  Owners need to try to salvage the  oldest barns, as those are the ones that witnessed the most of history. Many barns in this area were built in the late 1700's when towns were first developed in this state.
They protected our militia as they fought the British in colonial times and some were used on the Underground Railroad during the Civil War.
The barn below was built in 1854 and is on the verge of being torn down to make way for more condos. 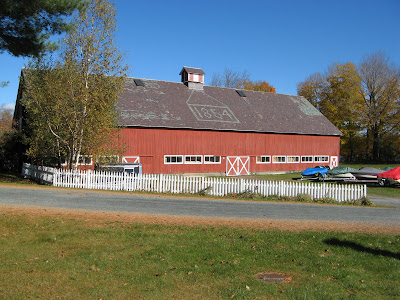 If you have a barn, protect it.  Do the repairs. Be proud of actually having a barn.
Every week in this state several barns are demolished, burned or collapse from lack of repair. Worse yet are the barns that are dismantled and taken to far away states to be rebuilt as expensive homes.
Remember what happened to all the hand carved carrosel animals?
Sold to the highest bidder or moved to other countries.  Gone forever.
Don't let that same fate happen to our historical barns.
Posted by ~ Janis

Email ThisBlogThis!Share to TwitterShare to FacebookShare to Pinterest
Labels: Endangered Vermont barns, Historical Barns, the Best we have to offer