While driving the back roads doing the final checking of chicken coops for the upcoming Tour'D Coop event, I came across the well known old general store that had long ago been abandoned (in the 50's).

I was more interested in the old barn that was still standing strong and proud.  It looks like it is still being used to store hay and tractors. 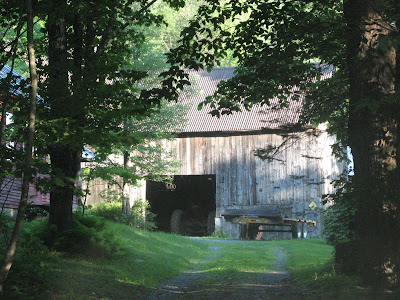 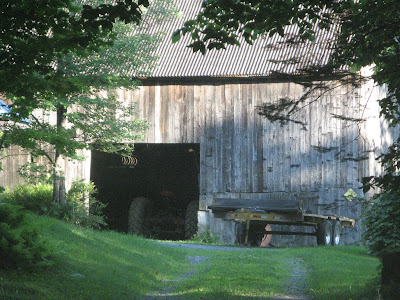 The old general store doesn't look so good, although I am sure if someone bought it that it could be restored to its 1920 golden days. 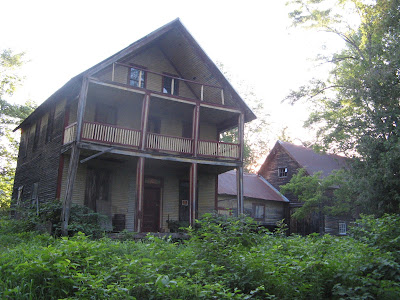 These buildings are way out in the woods of a former tiny village.

All the other houses and stores of this 1900 s era village have fallen down and have been buried by decades of leaves, weeds and trees.   I had heard about this old store, but never found it until this day.

The center of this village was moved 6 miles south to the main roads which were easier to navigate in bad weather. 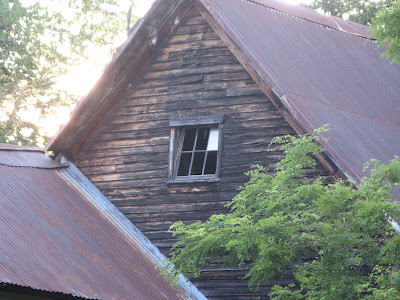 These 2 buildings are all that remain of a once thriving village that was settled in 1763. 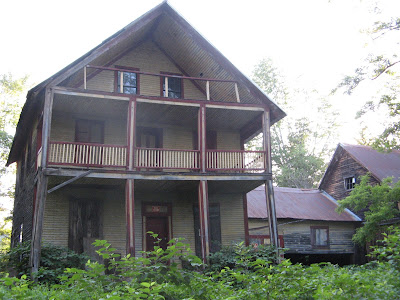 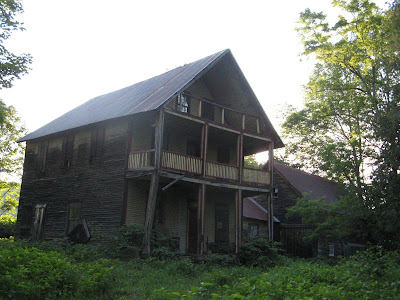 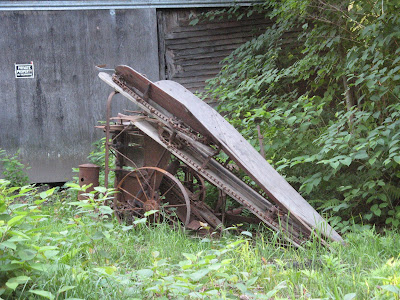 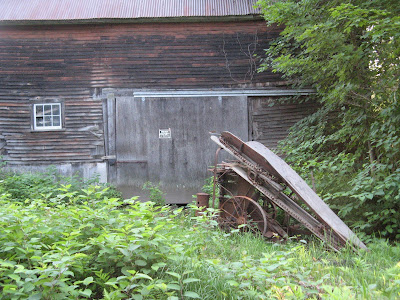 Can you identify this old piece of equipment ? 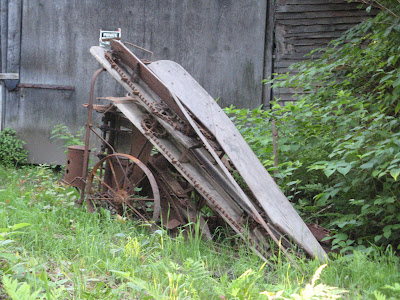 Got a ghost town in your area?
~
Posted by ~ Janis