We have had a few humid days in the 90's this week and it started me reminiscing about the last big snow storm we had this past March.

The day before the big storm was sunny and mild.

The flock was ranging all over the field and yard eating the tops of the grass that had begun to appear. 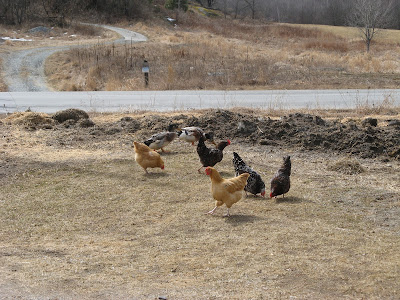 The next morning it snowed a little.  I went down to feed and water the cows. 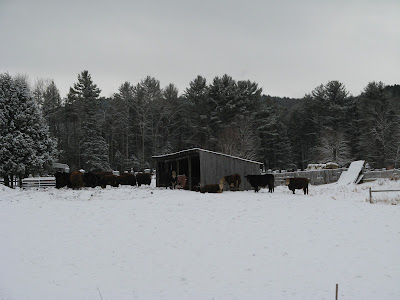 Later that afternoon when I returned to water the herd again, the snow was coming down hard. 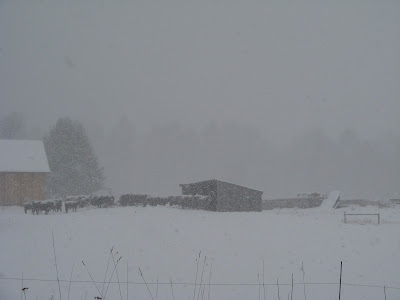 Really hard.  I could barely see the cows and they were already "frosted" with a layer of snow. 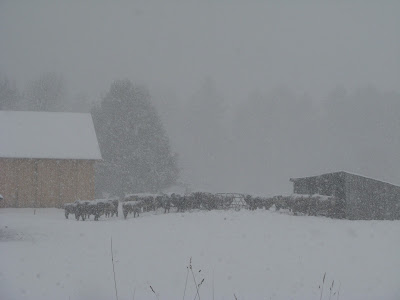 The roads were a bit dicey.  There was ice under the snow. Not good for driving.
There was a town meeting that night, but I knew I would not be going. Navigating the steep mountain road to get there would be too risky.

I locked the coop up, did some shoveling and went in the house to dry off and have some tea. 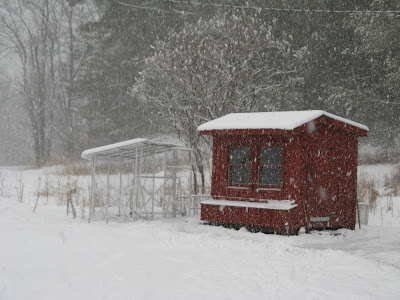 The next morning was beautiful.

The birds came to the bird feeders by the dozens. 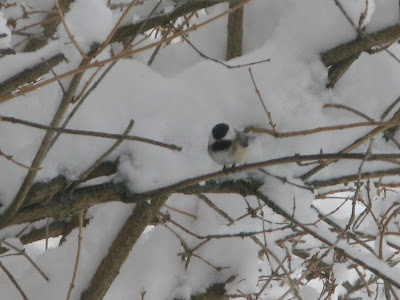 I shoveled my way to the coop.

The hens could not be enticed to come out, but the ducks showed no such hesitation. 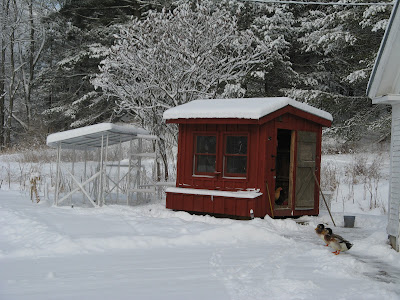 Later one of the brave ones came out and ran up the "Hens Highway" to the porch for treats. 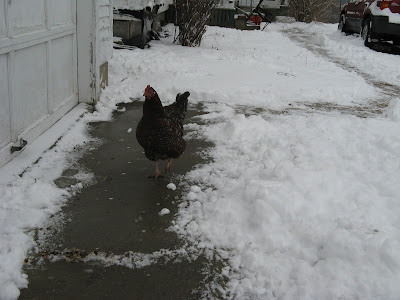 The ducks were not happy that their grazing areas were now covered in snow. 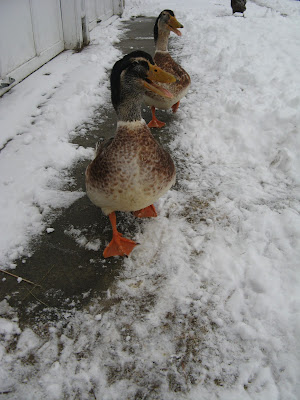 In 2 days it melted and all was well again with the flock. They resumed their foraging.

On days when the sweat is running down your brow and the temperatures are headed for 100 degrees, its good to remember that we are just a dozen weeks away from snow season.

Whats your guess on snow accumulation this winter ?
Think it will be a hard winter or a light one ?
Tell me your location and your best guess in the comments.

We have had 3 weeks of thick fog every morning and a local neighbor says that all this fog means we are going to have lots and lots of snow.   I cringed when she said that.......
~
Posted by ~ Janis