When Irish Eyes Are Smile'n

The fog this morning was as thick as pea soup. 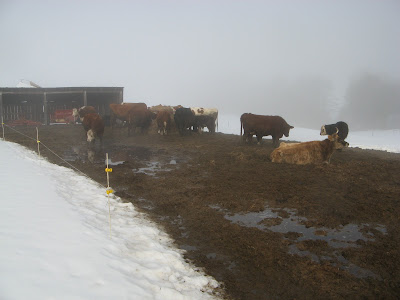 There was an aroma of sugar in the air from thousands of maple trees letting their sweet sap flow.  Smoke from the boiling fires inside the mountainside sugar shacks filled the tree line.

As I struggled thru the thick mud on the road to the farm, I saw 2 large figures waiting for me in the fog. 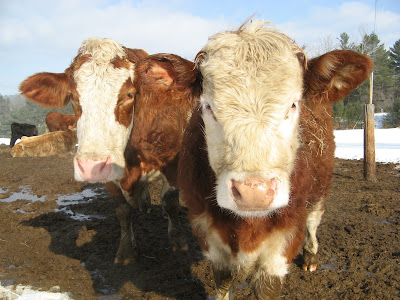 They missed me.........  They stuck their heads out to be patted and made the soft mooing noises a momma cow makes to her calf. 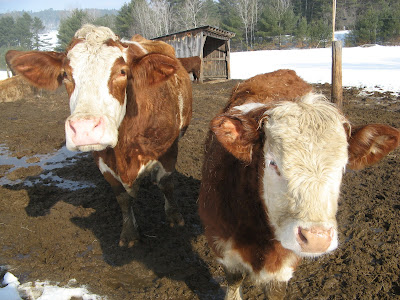 Then Gizmo stuck his head all the way across the electric fence and right into  my jacket pocket.            He has never done that before.

It was the cinnamon covered graham crackers......

They had been deprived of them for a long period of time. 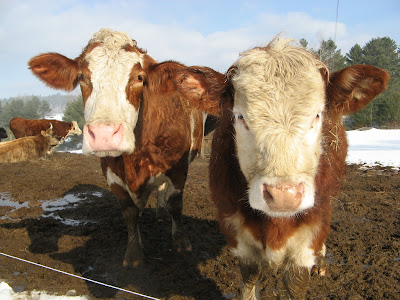 They made me smile as they ate a whole package, quietly and happily.

Theses goofy cows are my pot of gold under the rainbow.
Posted by ~ Janis