Duck With a Disability

My Silver Appleyard duck, Agnes, has a wing that is twisted.   Better known as Angel Wing.

There are many suggested reasons for this wing twist issue, one being duck food that is too high in protein.  I don't feed a high protein grain.

I think it was caused from an injury. Probably from falling off of the ramp to the coop every day while her feathers were developing.

It took her longer to figure out how to go in and out of the coop, even with the added ramp addition.

She has never been as coordinated as the other duck, Ruthless.  And her technique for doing anything is to rush it and not look where she is going.

Here is a photo of her with her right wing that sticks out and gets caught on everything now.
Agnes is 2nd from the left, next to the rooster. 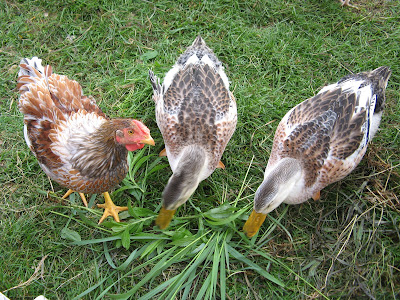 This morning, with help from a friend we carefully wrapped the affected area of her wing and taped it.
The procedure took a good 10 minutes with vet wrap, scissors and tape. 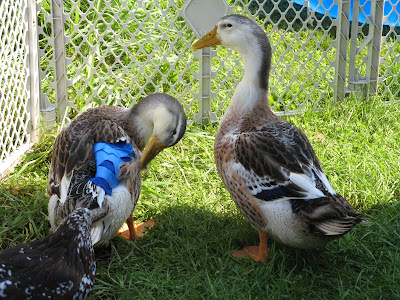 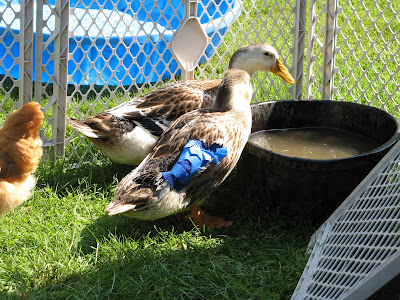 We did 3 more wraps and she still had them off in lightning speed.

I do not want to use duct tape.   it will be difficult to take off in 7 days.

Duck folks, Anyone have any other suggestions? 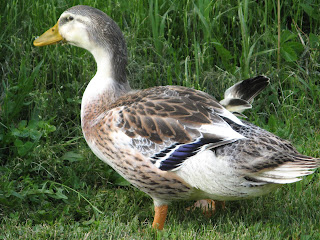