I have reached the breaking point.

My flock free ranges most of the time and have plenty of water, pellets, scratch, treats and kitchen scraps available.

I have 6 hens, and the 2 male ducks have not transformed back into females yet, so I am only getting 1 egg per day.

I have read the pros and cons of putting a big light bulb in the coop to keep it warm and to entice the hens to continue laying.

Since our electricity frequently goes out during times of storms, flooding and wind, I can not depend on electricity and I did not want the hens to acclimate to a warmer coop and then have them go "cold turkey" when the electricity goes out. I have heard bad stories of what happens in those kinds of situation.

Top that off with questionable wiring in the nearest electrical outlet which is 20 feet from the coop and a new snow plow driver with a tall truck and I am facing several issues against the plans I made in September to simply string an electrical cord from the garage to the coop and plug in a light over the waterer.  When the coop was built last spring I had intentionally had a hole cut in above the door so I could run an extension cord 7 feet up and over from the garage to the coop.  Well once I saw the plow truck I knew nothing would work and if I did try to plug something in that I risked a major fire.

My cooking causes enough issues so I didn't want to add the coop to the local fireman's worries.

But today I bought another bag of layer pellets $$$ and came home to ONE EGG in the nest box...and I felt something snap in my brain.

I reviewed the issues and then took a ride to the local store and came home with 2 small solar powered lights.

The largest is the kind you use to light your pathways to your house. 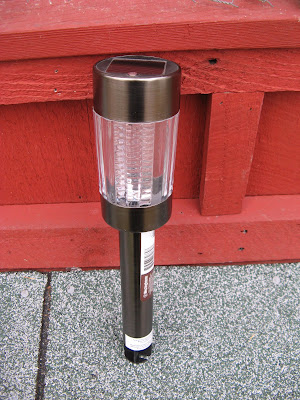 The second one was a dragonfly tea light. 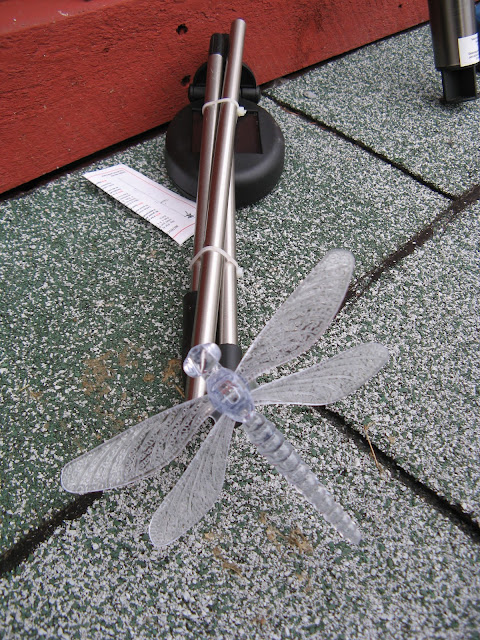 The first thing I did with the candlestick type light was unscrew it and pull the orange tab OUT so the smal solar panel at the top would now start working. 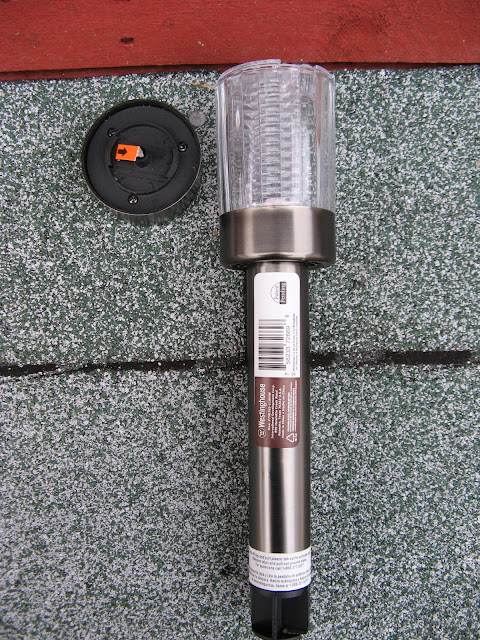 I placed it on the window sill at the front of the south facing coop, which gets the sunrise from the East and most of the daytime sun.  I put it in at 3 pm and today is a dark, gray, dull day. I don't think it has enough time to charge up and shine for tonight. 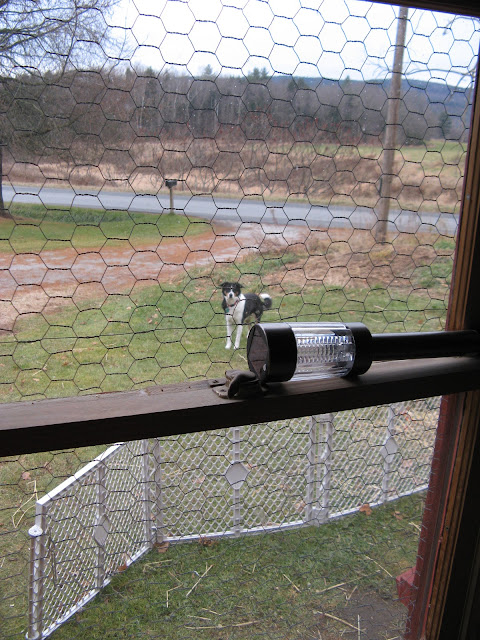 The dragon fly tea light fit thru the hole above the door perfectly.  And I aimed it at where I thought the sun might show up later in the week. 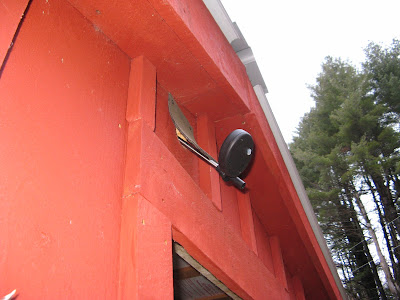 I might put it at the other end of the coop if I doesn't work out here. 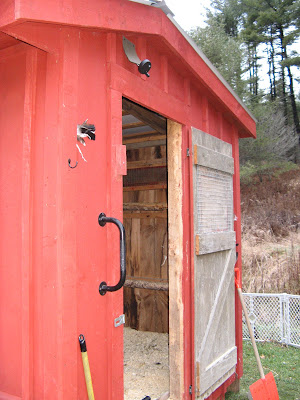 On the inside of the coop I tied down the rod holding the dragonfly so it would be balanced and not fall out.
I don't think this will be a very bright light, but I think it will produce something. 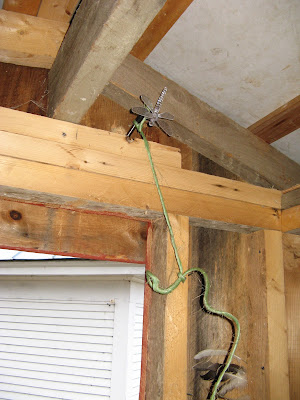 I had to hammer a fence staple in to tie the hay string down.

I use haytwine and ductape almost every day... I don't know what I would do without it. 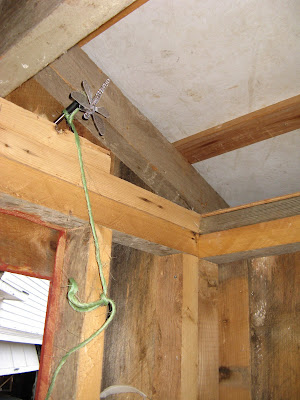 I also reset my 2 varmint traps that I have sitting on the big shelf in the coop.

I had a persistent chubby red squirrel coming into the coop during the day while I was at work and eating lots of laying pellets 2 weeks ago.  I was going thru pellets much faster than necessary so I set a trap and captured him within 12 hours. 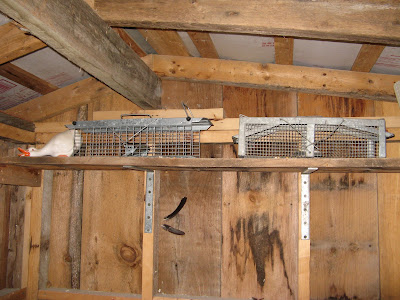 Here is the update on the lights:

At 5 pm the dragonfly tea light is working very well.
I did not know it, but it changes color every 20 seconds.   Orange, blue, green, purple.   Very pretty.
Probably the reason it was $7.96
It is not very bright.   Will see how much better it will get with more charging by the sun tomorrow.

The candlestick light needs more sun to charge it.
Right now there is a very dull glow from it.  I have faith that it will be much brighter once it has some sunlight to power it up.

I will add more updates right here, tomorrow evening to let you know if the investment was worth it or not.

Are any of you using solar powered lights to induce your flock to keep laying ?

Or any other creative methods to keep them warm and working ?

UPDATE 12/4/12
Its been another gray, dull day with no sunlight.

The dragonfly light is presently changing all kinds of psychedelic colors in the coop.  It is not bright enough to make any difference in the egg status but sure is a conversation piece when you visit the coop!

The candlestick light is doing nothing. Not enough sun to charge it up.
I brought it out of the coop tonight and stuck it in the ground to see if it will get more power that way tomorrow.

Will let you know what happens.
Anyone know when we will see some real sunshine ?

UPDATE 12/8/12
There has not been enough sun to charge the candlestick, all week.
I did stick it in the ground outside the coop on Wednesday to see if that would help with the sun access.  When I drove into the driveway Wednesday night it was nice to see a little light shining in front of the coop.
In summary, I would have to say that I need a larger solar light inorder to get the minimum 25watt bulb requirement.  I will continue to explore the possibilites.
~
Posted by ~ Janis