Its been a very exciting few days.  My brother and mother came to visit before the weather got worse up here in the North Country. 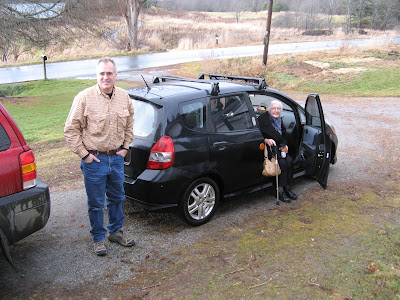 I took them to the book launch of my 96 year old friends first book.

It was standing room only at the event and even an Elf came to purchase a book and have it signed! 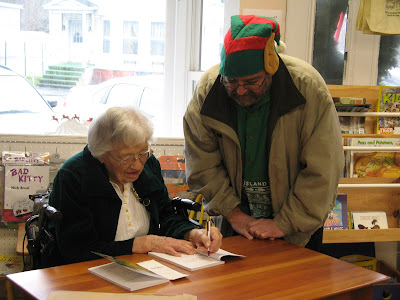 After the event my brother made fresh baked haddock.

I love ocean fish and never get any because Vermont is landlocked.

My dear brother drove the fish up directly from the ocean.

He also happens to be a great cook too. 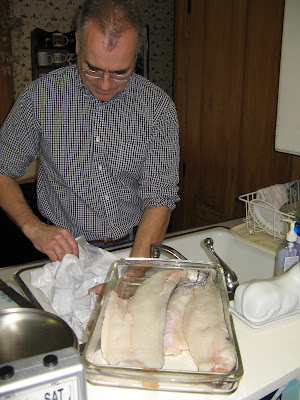 After a luscious meal with rice, garden carrots, fish baked with butter and breadcrumbs, 4 different desserts and good refreshments, we started opening a few presents.

As I opened the present he gave me, I couldn't believe my eyes.  Everyone in the room started hooting and laughing.

It was a home made triple mouse trap named "The Gauntlet." 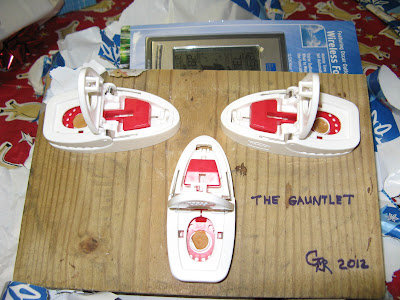 My brother told me he has mice that are so big that they take off with his traps.  He figured that since I live so rurally my mice would be even bigger, hence the 3 traps screwed to the heavy wood and strategically placed so that a mouse gets whacked.

My mother was horrified that he would give me such a thing as a Christmas present, but I was really excited about the possibilities. 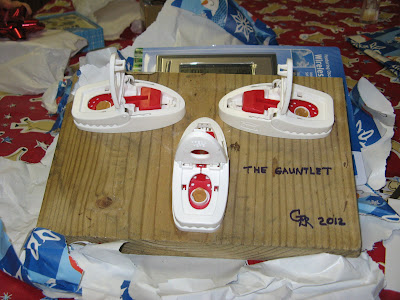 After our celebration they all had to head home, so I gave them fresh chicken and duck eggs, arranged in a pretty pattern plus venison steaks and chicken livers. 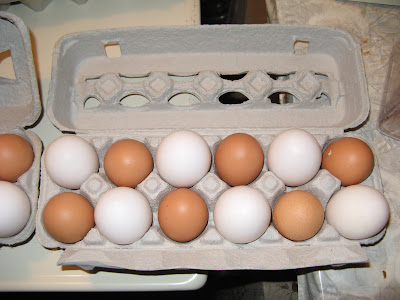 Just before they left I set the traps and put The Gauntlet next to the big freezer out in the laundry room.

I checked it before I went to bed and it was empty.

8 hours later it was a different story.

Tis the night before Christmas and all through the house, not a creature was sturring, not even a mouse.
And now you know why! 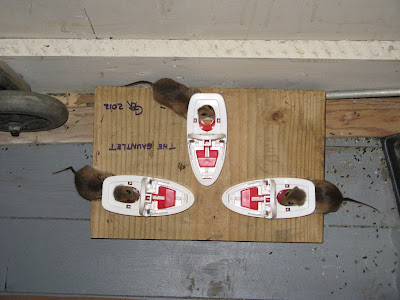 I was smiling from ear to ear.

I had to take another photo outside before I emptied the traps. 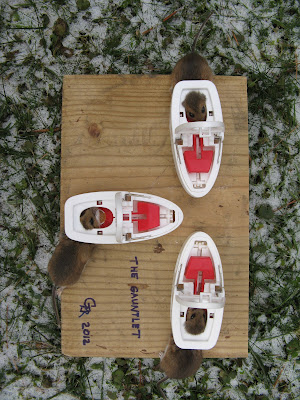 I e mailed my ingenious brother and sent him a photo and then had to phone him and leave him a message.

He did build a better mouse trap!!
He will be building these really effective contraptions on the weekends.
This might be the best present ever, if the pony doesn't show up...