One day as I was checking on the herd I noticed that one of the younger steers was slowly creeping into the hay ring.  He was able to fit between the bars and subtly move onto the bale of hay. Its not a good thing. They mess in the hay and sometimes get stuck while trying to exit the hay rings. I discourage any calf who does this. (except in the spring when the newborn calves climb in to stay out of the mud ) 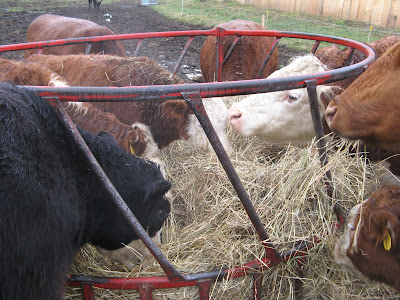 Really would not have noticed but for the other cows grunting about his presence on the hay bale. 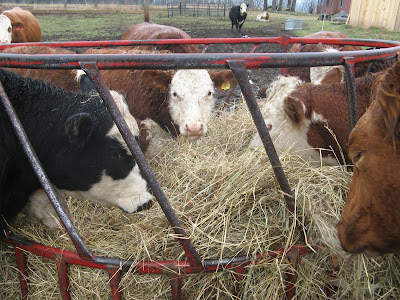 As I walked closer to where he was, he made eye contact and was about to back out of the ring but must of said "what the heck, I have already been discovered, whats the worse she can do to me?" 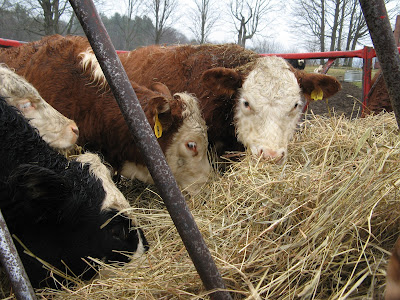 So right before my eyes, he continued to creep forward onto the bale. 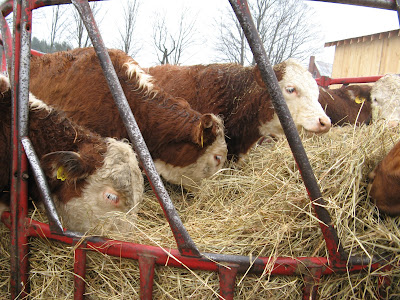 Every so often he would look up at me as if waiting for my response. 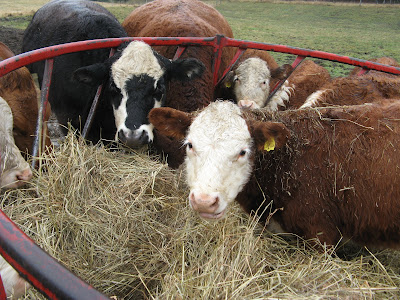 I looked for a way to get him out without him getting stuck and having to either pick up the entire heavy ring to get him out or have to jump in and wrestle him out.  He is a lot heavier than I am. 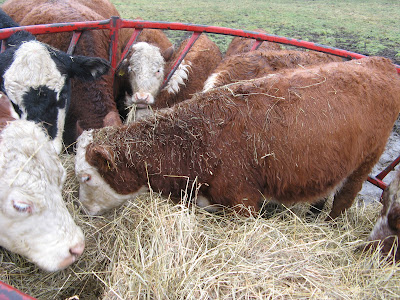 After this last photo of him being the cutest calf of the day, I made my highly regarded attack dog noises, which scared the little bugger, and he found his way through the bars quickly and to the side of his mama. 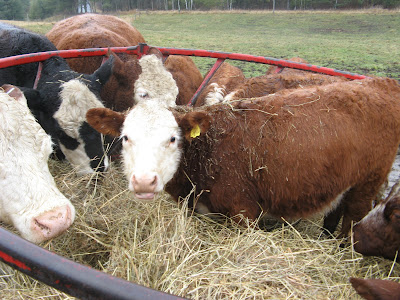 He hasn't attempted a repeat performance.

The heifers never go in the hay rings, just the steers.      It must be a gender specific issue.

Lets do some unofficial research.   Which gender causes the most trouble at your place?  Be honest!
~
Posted by ~ Janis