Last Tuesday was Town Meeting Day in all of Vermont.
It is a holiday. Everyone puts down their work for the day to attend their respective town meeting in their own towns and villages. 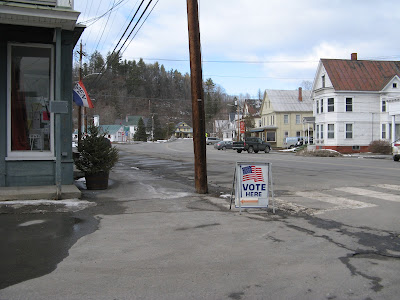 There is all kinds of voting going on. But the most important are the discussions to pass the town budget, and resolve problems and things that have come up during the year.    Like the bridge that collapsed and needs repair, a landlocked 20 acre parcel of woodland that the town owns and wants to sell, agreeing to spend $10,000 to paint the local church in time for the Founders Day reenactments and many more items to decide inorder to keep the town moving forward..
The road crew got a standing ovation for their extraordinary care of the roads in the worst of weather.
They amaze me every winter how they travel these hazardous areas and keep the roads open for travelers and school buses. 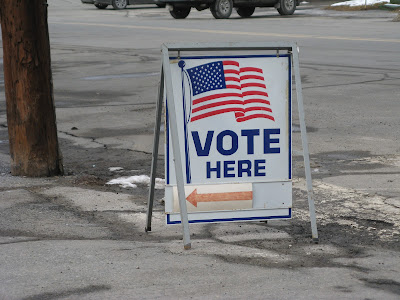 As I usually do, I went to the meeting an hour early to get a good parking space and a good seat. Mostly to scope out where the best baked goods were being sold and to buy a few raffle tickets before it got too busy.

As I was scouting out a place to sit with my coffee, the side doors opened and 2 big men were bringing in a giant cake.  I thought it was a raffle item. 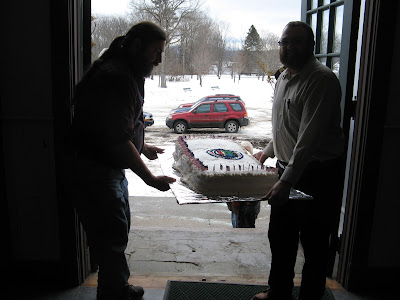 Many other towns in Vermont and New Hampshire were chartered on the same day.

So this year is full of events and activities in many rural towns. 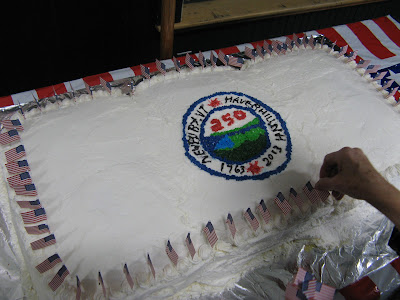 This magnificent cake was made by Marilyn. Her family were early settlers in this town in 1763. 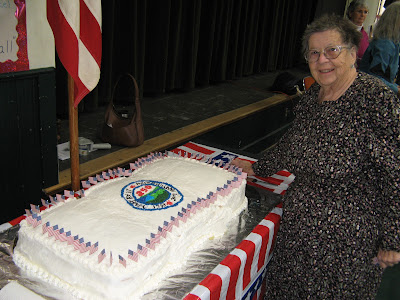 The cake was put in a place of honor at the front of the room under the flag. 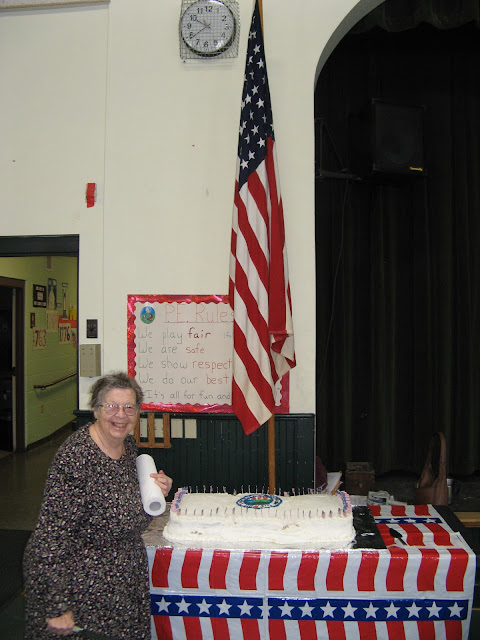 Then the meeting was called to order in a very unusual way.

As a town criers bell rang out, the town clerk, moderator and selectmen appeared in modified period clothing 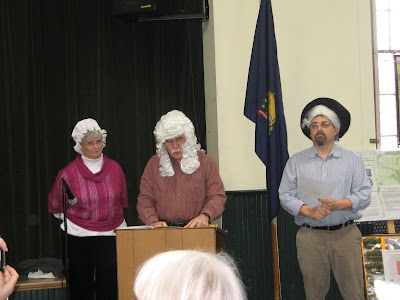 Many women in the audience donned womens bonnets from that same time period.

It was a nice surprise.

We then all sang Happy Birthday to each other.

It was a joyous occasion. 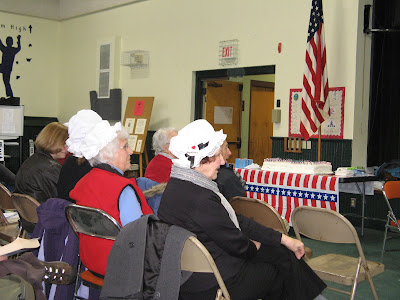 After the 4 hours of discussions and voting were finished, the cake was cut and everyone came up to get some.

Even the folks on diets got some! 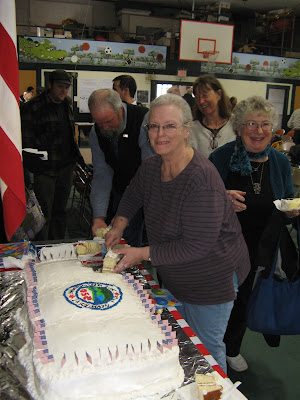 My dear 97 year old friend was unable to attend the festivities so I brought her a chunk of cake with 4 flags on it.

And then I sang Happy Birthday to her the same way we had sung it at the town meeting. 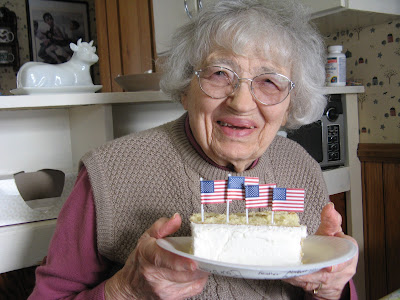 She was at the 200th Birthday Celebration and is the oldest resident in town.

She witnessed the 1927 floods and met Charles Lindbergh.


Her real life stories are amazing.

Yet she loves to hear my stories about the cows and my comical hens too.

She has imparted great wisdom on me and I have told her some pretty funny jokes.

The town has asked her to give a few speeches during the year long festivities here.
She has agreed to do it. Now we have to find ways to get her into some of the ancient buildings that are not handicap accessible.  The plan is to have her in a chair and then 4 men will carry her in the chair up the stairs. They did it before when the church elevator broke. She looked like the Queen of Sheba going up the 15 front steps, on the shoulders of men.

Happy Birthday to you and your towns.
~
Posted by ~ Janis